Who Do We Hear From?

It’s not just that I’m lazy. Our blog has been without posts for over a day at least in part because we’ve actually been working hard. Wednesday in particular was a tour de force performance. You see, Wednesday was Catholic Day on the Hill here in Nashville. From all across the state more than 500 Catholics aged 13- 83 arrived in Nashville to lobby the state government on a broad range of issues that are important to the Catholic faith (By the way: shout out to Jennifer Murphy and the entire Catholic Public Policy Commission for getting this huge event together).

What’s really exciting for us, though, is that our bill was on the agenda for the day, so we had 500 people up on the hill, and at least some of them were talking about the death penalty! 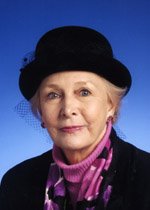 In some ways what is even better than how many people are talking is who is talking. For instance, the wonderful Beverly Marrero is sponsoring the moratorium legislation in the house. Now, while Marrero is a strong supporter of fairness in our judicial system, she has also been at odds with the CPPC over the issue of abortion rights. So Representative Marrero is used to getting somewhat angry visits on Catholic Day on the Hill. Instead, this year, she received a delegation from her home city, Memphis, thanking her for her sponsorship of the moratorium bill. What a pleasant surprise! A friendly visit and a set of congratulations. Who wouldn’t want to hear that?

And that is exactly what we have to keep doing, bringing unlikely messengers to our issue. Because the death penalty certainly does cut a very unique swath across the population. Our issue can unite traditional liberals with “conservative” church going folks, with people who are against the state’s wasting money. We just need to keep bringing new and unusual messengers to our decision makers. Thanks to the Catholics for doing a great job of this on Wednesday!

Fairly, there are numerous aspects you would like to think about medications. All discount medicaments save money, but few online drugstores offer better deals than other online drugstores. There isnвЂ™t anything you canвЂ™t order online anymore. Remedies like Deltasone ordinarily is used to treat diseases such as eye problems. Glucocorticoids naturally occurring steroids, which are easily absorbed from the gastrointestinal tract. There are varied drugs for every conditions. Cialis is a remedy prescribed to treat many illnesses. What do you already know about long term side effects of cialis? What consumers talk about how long does it take for cialis to take effect? A general sexual complaint among men is the erectile malfunction. Sexual problems mostly signal deeper problems: low libido or erectile malfunction can be the symptom a strong heartiness problem such as heart trouble. Albeit the erectile disfunction itself isnвЂ™t necessarily dangerous, erectile dysfunction is sometimes one of the early warning symptoms of other underlying health conditions that can be much dangerous. Unfortunately nearly all over-the-counter medicines have sometimes dangerous aftereffects, from muscle aches to death. If you buy any erectile dysfunction medicaments like Cialis, check with a physician that they are sure to take with your other drugs. Do not take unwanted medications. Take Cialis to your local chemist’s shop which will dispose of them for you.