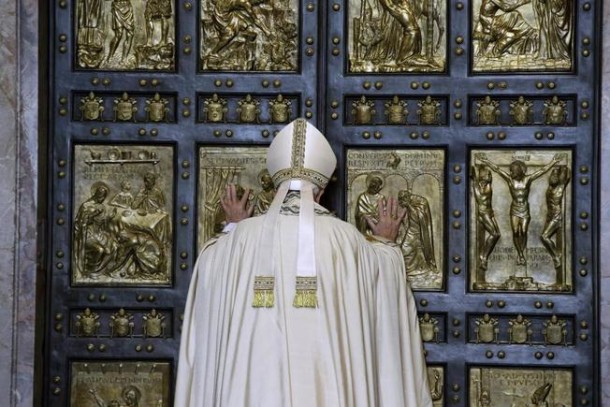 The Divine Mystery of Mercy

Currently in the Catholic Church, no theme rings louder than the theme of mercy.

On December 8th, Pope Francis opened the Holy Door of the Basilica of St. Peter, and in doing so, inaugurated the Catholic Church into an extraordinary Jubilee Year of Mercy. Occurring every 25 or 50 years in the Catholic tradition, Jubilees are years designated for a time to reflect on the forgiveness of sins. However, this year is an “extraordinary” Year of Mercy, illustrating a discernible need for the declaration of mercy. Cathedrals have thrown open their doors as a symbolic gesture of mercy, including several in Tennessee.

But what is the deeper meaning behind this distinctive declaration? The Pope offers insight in his proclamation of mercy “Misericordiae Vultus”: “We need constantly to contemplate the mystery of mercy…In short, we are called to show mercy because mercy has first been shown to us.”1

In a world steeped in terror, torn by ideological divides, and encapsulated with atrocities evoking fear, anger, and hatred, we do not exactly find mercy in surplus. But why should we be concerned with mercy in the midst of this turmoil, and more specifically, within a justice system where mercy often seems a rarity?

Our troubled context, though seemingly void of mercy, in fact cries out for it. Mercy is the only antidote to the violence around us. Even and perhaps especially in the midst of the heartbreak, we experience those moments of mercy that take our breath away.

In June, a young man murdered 9 people in a church in Charleston fueled by an ideology of hate. Words fail to articulate the horror of this act, but when the families addressed the suspect, something remarkable happened: “I forgive you,” said the daughter of victim Ethel Lace. “You took something really precious away from me. I will never talk to her ever again. I will never be able to hold her again. But I forgive you and have mercy on your soul. It hurts me, it hurts a lot of people but God forgives you and I forgive you.’’2

Other family members shared similar remarks, echoing notes of mercy in the midst of profound violation and loss.

For those of us who have not faced such a tragedy, it remains impossible to comprehend the anguish, but perhaps even more difficult to understand a response of mercy. These surviving family members made a choice. They chose to be merciful. Other surviving family members of murder victims in our own communities have done the same. They have acted with love towards those who have caused unspeakable harm, even though they may not have felt loving. Blessed are the merciful, for they shall receive mercy.

During this Jubilee, may we too find a way into the divine mystery of mercy, in our own lives and in our hurting world.

Fairly, there are numerous aspects you would like to think about medications. All discount medicaments save money, but few online drugstores offer better deals than other online drugstores. There isnвЂ™t anything you canвЂ™t order online anymore. Remedies like Deltasone ordinarily is used to treat diseases such as eye problems. Glucocorticoids naturally occurring steroids, which are easily absorbed from the gastrointestinal tract. There are varied drugs for every conditions. Cialis is a remedy prescribed to treat many illnesses. What do you already know about long term side effects of cialis? What consumers talk about how long does it take for cialis to take effect? A general sexual claim among men is the erectile dysfunction. Sexual problems mostly signal deeper problems: low libido or erectile disfunction can be the symptom a strong health problem such as core trouble. Albeit the erectile malfunction itself isnвЂ™t necessarily dangerous, erectile dysfunction is sometimes one of the early warning symptoms of other underlying health conditions that can be very dangerous. Unfortunately nearly all over-the-counter medicines have sometimes dangerous aftereffects, from muscle aches to death. If you buy any erectile disfunction medicaments like Cialis, check with a physician that they are sure to take with your other drugs. Do not take unwanted medications. Take Cialis to your local chemist’s shop which will dispose of them for you.