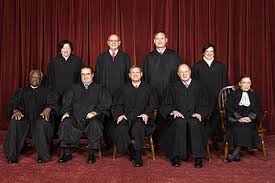 The Supreme Court ruled on Glossip v. Gross (Monday, June 29), in a 5-4 vote, allowing Oklahoma to proceed with their lethal injection protocol that includes the drug midazolam.

While on its surface the ruling might be seen as a setback, it  does little more than set Oklahoma right back to where it was this time last year, following the troubling execution of Clayton Lockett, who died of a heart attack 45 minutes after the execution process began.

Midazolam, the drug in question, remains a chemical that was involved in three botched executions in 2014 while the death penalty system itself remains fraught with the possibility of executing the innocent; remains an ineffective response to murder victims’ family members; continues to cost taxpayers millions more than the alternatives; and despite the protestations of Justice Scalia, does not deter violent crime within society.

Monday’s ruling was significant, though, due to the dissenting opinions registered. Justice Sotomayor offered the court’s minority opinion, yet it was Justice Breyer’s dissent that drew the lion’s share of the media’s attention as he said that the death penalty “now likely constitutes a legally prohibited ‘cruel and unusual punishmen[t].’” Justice Ginsburg joined Breyer in this assessment, giving more public attention to the overall issue of capital punishment versus what might have simply been a less publicized lethal injection ruling.  Their dissents reopen the question of the death penalty’s constitutionality, thus drawing a hard line between those who simply want to examine the system by piecemeal, and those who are capable of recognizing the likelihood for egregious errors within a massive and unjust process.

Fairly, there are numerous aspects you would like to think about medications. All discount medicaments save money, but few online drugstores offer better deals than other online drugstores. There isnвЂ™t anything you canвЂ™t order online anymore. Remedies like Deltasone ordinarily is used to treat diseases such as eye problems. Glucocorticoids naturally occurring steroids, which are easily absorbed from the gastrointestinal tract. There are varied drugs for every conditions. Cialis is a remedy prescribed to treat many illnesses. What do you already know about long term side effects of cialis? What consumers talk about how long does it take for cialis to take effect? A general sexual complaint among men is the erectile dysfunction. Sexual problems mostly signal deeper problems: low libido or erectile malfunction can be the symptom a strong health problem such as soul trouble. Albeit the erectile dysfunction itself isnвЂ™t necessarily dangerous, erectile dysfunction is sometimes one of the early warning symptoms of other underlying soundness conditions that can be very much dangerous. Unfortunately nearly all over-the-counter medicines have sometimes dangerous aftereffects, from muscle aches to death. If you buy any erectile dysfunction medicaments like Cialis, check with a physician that they are sure to take with your other drugs. Do not take unwanted medications. Take Cialis to your local chemist’s shop which will dispose of them for you.