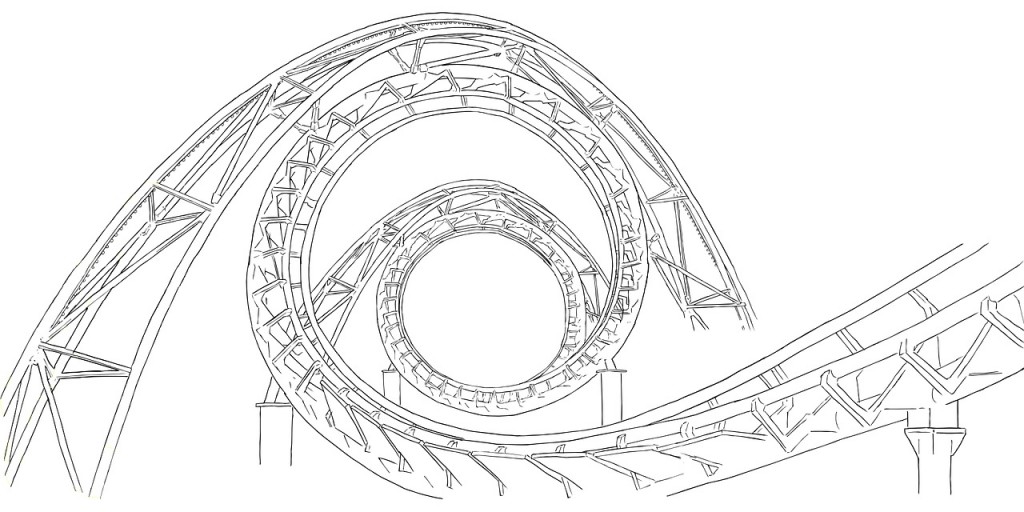 I am not a fan of roller coasters. As a kid, I tried to be. But after a few instances of losing my lunch, I decided they just weren’t my thing. And though I get that some folks find the amusement park versions to be thrilling, real life roller coasters tend to make us all a bit nauseous. The death penalty system is one of those real life roller coasters that the state of Tennessee is trying to ride again. So far, it is has been rough going. I can’t say that I am surprised.

In January of this year, Tennessee set an August 9th execution date for Billy Ray Irick after nearly ten years with no executions in the state. Mr. Irick committed a heinous crime, the rape and murder of a a little girl, Paula Dyer.  Mr. Irick is also a man who has had significant mental health issues since childhood, issues that were present at the time of the crime and about which his jury was never given accurate information. He has been on Tennessee’s death row for over 30 years.

Roughly a month after the state set Mr. Irick’s execution date, the Tennessee Attorney General (AG) then requested that the Tennessee Supreme Court set eight more execution dates before June 1st. What? Tennessee has executed only six people since 1960, and the AG wants eight executions in three months. Such a move is unprecedented in the modern era of the death penalty in our state.

Arkansas tried it though. The state attempted to execute eight men in 10 days last spring with swift condemnation coming from many corners. When all was said and done, Arkansas executed four of those men, doing so against the express wishes of the drug manufacturer whose product was used in the executions and while disregarding the very real concerns of the state’s corrections community about the detrimental mental health impact these executions could have on those ask to carry them out.

Then, in another twist, just a few days ago, the Tennessee Supreme Court denied the request of Tennessee’s AG to set these eight dates before June 1. But the Court did set two more execution dates, an Oct. 11 date for Edmond Zagorski and a Dec. 6 date for David Miller.  Anyone else feeling queasy?

All of these nine men have been in prison for decades, serving life sentences while waiting for death sentences to be carried out. The victims’ families have been trapped in capital litigation for the same amount of time, and though a few dates are now set, there is no guarantee that these executions will happen. And, if they do, will they give families the experience of justice that they were promised so long ago?

Taxpayers are still on the hook for propping up this colossal waste of tax dollars while those with opioid addiction and mental health issues in Tennessee may not be able to access treatment because our state doesn’t have enough resources to treat all who need it. And though none of us wants to believe that any of the 60 people sitting on Tennessee’s death row right now are actually innocent, the research says that some of them are.

Paul House was wrongfully convicted, spending nearly 23 years on Tennessee’s death row before his release. The petition that Paul has created asks Governor Haslam not to resume executions because what happened to him can and does happen to others. In fact, three other men also spent decades on Tennessee’s death row before their wrongful convictions were addressed. They were finally released after years of legal wrangling and despite the state’s best efforts to keep them there.

This real life roller coaster that is the death penalty is fraught with problems and always will be. It takes us on a terrifying ride that does nothing to make our communities safer and wastes resources that could be used to prevent violent crime. It is not fairly applied and too often only exposes victims’ families to more trauma as they wait for a sentence that may never be carried out.

It’s time. Let’s shut this thing down. The setting of these execution dates in Tennessee is increasingly out of step with the national trends away from the death penalty. Death sentencing and executions are at historic lows, and public support for the death penalty has dipped to levels not seen in 40 years. And, we have alternatives, like a life sentence (51 years before parole eligibility) and life without the possibility of parole, that are cheaper and don’t risk executing innocent people. Let’s promote a policy that supports victims’ families and offers them tools for healing. Let’s get smarter in using our resources to address the root causes of the violence in our communities so that we can prevent these horrible crimes from happening in the first place. Stop this ride that is making us all sick. End the death penalty in Tennessee.