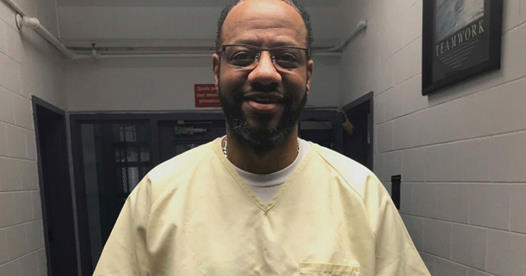 What a Difference a Day Makes: Julius Jones and Pervis Payne

I woke up last Thursday with a knot in my stomach. The State of Oklahoma was moving forward with the execution of Julius Jones at 4:00 p.m., despite the evidence of his innocence, despite the outcry from millions of people who supported clemency, and despite the Oklahoma Pardon and Parole Board’s recommendation that his sentence be commuted to life with the possibility of parole–not once but twice.

Around noon, while I was on a zoom meeting, I saw a tweet come across my phone saying that Oklahoma Governor Kevin Stitt had just announced that he was commuting Mr. Jones sentence to life without parole. And though this sentence is not what the parole board recommended, it would allow for Mr. Jones to live, to come off death row, and to continue the fight to prove his innocence. There are no words to describe the relief I felt, and I can only imagine how he, his family, and his legal team were feeling.

Then, around 4:15 p.m. as I was in yet another meeting, I saw yet another tweet pop up on my phone. This time it wasn’t about Julius Jones but Pervis Payne.

Shelby County District Attorney Amy Weirich had just announced that her office was conceding that Mr. Payne has an intellectual disability and would recommend the removal of his death sentence.

Mr. Payne’s attorney Kelley Henry responded to the announcement, saying, in part, “The Shelby County District Attorney was right to drop its request for a hearing on Mr. Payne’s intellectual disability. The D.A.’s concession will avoid years of needless litigation. We look forward to Mr. Payne’s resentencing hearing. This is some measure of justice for Mr. Payne and his family, but our fight for full exoneration of this innocent man will continue.”

For those of you in the Memphis area, the Shelby County Criminal Court will hold a hearing to formally set aside Mr. Payne’s death sentence on Tuesday, November 23, 2021, at 9:30 a.m. Tuesday’s hearing is NOT Mr. Payne’s resentencing hearing. If you are able to attend the hearing tomorrow, we encourage you to do so to show your support for Pervis and his family.

After 34 years, Pervis Payne is coming off death row. This extraordinary outcome would not have been possible without the tireless efforts of so many people including Kelley Henry, Rolanda Holman, the Innocence Project, the Pervis Payne clemency team, and all of you who wrote emails, made calls, attended events, held signs, and let your voices be heard.

We at TADP have a great deal to be thankful for as we celebrate the Thanksgiving holiday this week. Your continued support of our work enables us to lift up these stories of injustice, educate our neighbors about this broken policy, and move folks to act for change.

And things are changing.

Support TADP today as we continue this lifesaving work and move closer to ending Tennessee’s death penalty once and for all.