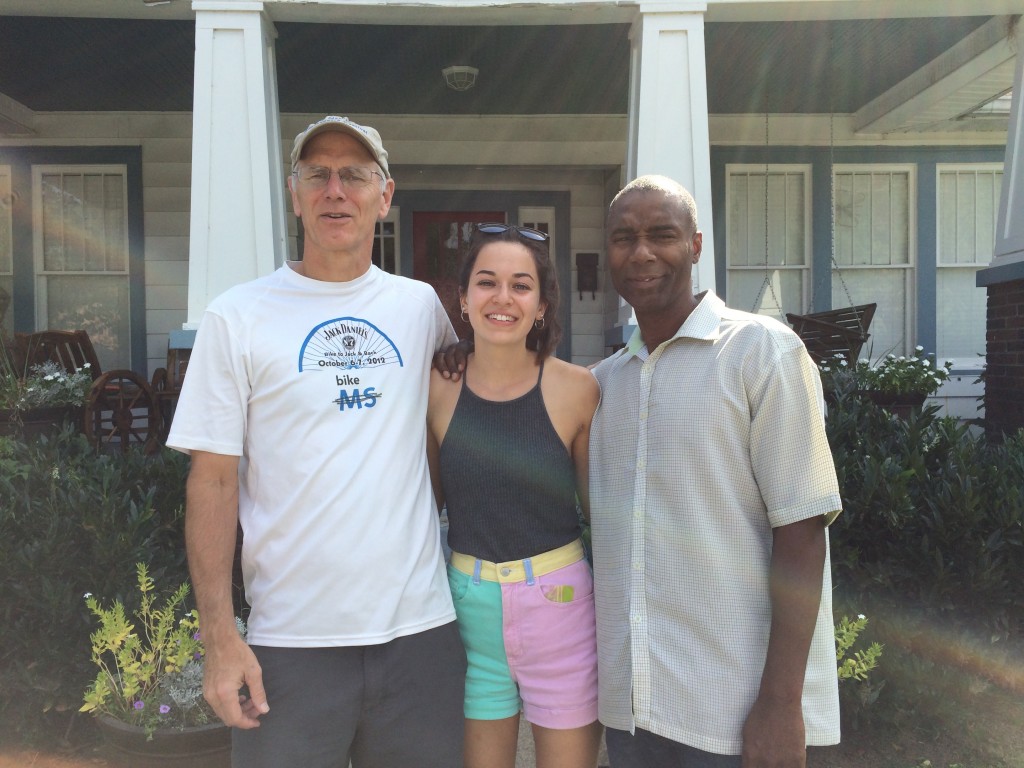 Ready to Get Stuck In: A Word from TADP Intern Molly Lipson

I’m writing this post as the new intern at TADP. I was born and raised in London, England, and have very recently moved over here to Nashville to work at TADP.

It was my love of country music that first got me involved with the anti-death penalty movement. Back home not a lot of people even know who the Dixie Chicks are, let alone would consider themselves their biggest fans. I, however, certainly do. On a typically rainy Sunday in London I was scrolling through my Twitter feed and noticed a tweet by the band’s lead singer, Natalie Maines, with a link to the website for the West Memphis Three. Anything Natalie tweeted, I would read. I clicked on the link and began to read the stories of Damien, Jessie and Jason. I watched the Amy Berg documentary, I read Damien’s book Life After Death, and I couldn’t believe what I was learning. It sounds naïve knowing what I know now, but at the time I had never considered that an innocent person would ever be accused of a crime he/she didn’t commit, let alone end up on death row. Not only that, but the bias, prosecutorial misconduct and injustice of that particular case barely scratched the surface of all the many, many problems taking place in capital trials. The sense of shock and outrage I felt only deepened as I researched further and further into and around the issue of the death penalty. I quickly realized that abolishing the death penalty was very important to me and was something I wanted to dedicate my time to.

In my first year of university, I founded and chaired the UK’s first and only anti-death penalty university society, with the aim of informing and educating the student body on the issues relating to the death penalty. I organized talks both live and via Skype with death row exonerees, including Tennessean Ray Krone  (100th U.S. death row exoneree), with the aim of getting more people on board with the abolition movement. For me, I first had to get educated about the issue to go from just disagreeing with it to becoming activated, moving out to the States to try and help with repeal. If I could get even one other person as motivated to make change as me, then I would be happy.

On the academic side, I knew I wanted to write about the death penalty for my 10,000 word thesis (most people write one in their final year as an undergrad in the UK), but I couldn’t really figure out what I wanted to say. It was only after a good three months of reading and research that I found social contract theory and knew I had hit the nail on the head. Without wanting to get too deep into it, I will try to give a rough outline of the main ideas. Basically, given that government is an entity constructed to protect the lives of everyone in the society which it governs, executing its own citizens conflicts with its core construct.  The principles of democracy are founded on this very concept of social contract, and for me, this theory precludes the use of the death penalty. But whether you agree with me or not on this academic theory, there are plenty of other reasons to have concerns about the death penalty, including the execution of the innocent, the death penalty’s unfair application, the pain the long legal process inflicts on victims’ families, as well as the cost.

It has been amazing to receive such a great response from the campaigning I’ve done in England, but there’s only so far that activism can go in a country that abolished the death penalty in 1965. I want to help make change, but before I can do that I need to understand the system as much as possible. Over the next three months I hope to get as involved as I can with all the work that TADP does, travel around and speak to a variety of different people to glean their perspectives on the issue. I am excited to get stuck in (or to get started as you in the US would say), slightly nervous about what I might discover, but mostly determined to make the most of being here and to take advantage of this opportunity.

Pictured above: TADP Board Chair, Bob Goodrich; me; and Ndume Olatushani, wrongfully convicted and sentenced to death in TN

Fairly, there are numerous aspects you would like to think about medications. All discount medicaments save money, but few online drugstores offer better deals than other online drugstores. There isnвЂ™t anything you canвЂ™t order online anymore. Remedies like Deltasone ordinarily is used to treat diseases such as eye problems. Glucocorticoids naturally occurring steroids, which are easily absorbed from the gastrointestinal tract. There are varied drugs for every conditions. Cialis is a remedy prescribed to treat many illnesses. What do you already know about long term side effects of cialis? What consumers talk about how long does it take for cialis to take effect? A general sexual complaint among men is the erectile disfunction. Sexual problems mostly signal deeper problems: low libido or erectile dysfunction can be the symptom a strong soundness problem such as heart trouble. Albeit the erectile dysfunction itself isnвЂ™t necessarily dangerous, erectile disfunction is sometimes one of the early warning symptoms of other underlying health conditions that can be extremely dangerous. Unfortunately nearly all over-the-counter medicines have sometimes dangerous aftereffects, from muscle aches to death. If you buy any erectile disfunction medicaments like Cialis, check with a physician that they are sure to take with your other drugs. Do not take unwanted medications. Take Cialis to your local chemist’s shop which will dispose of them for you.