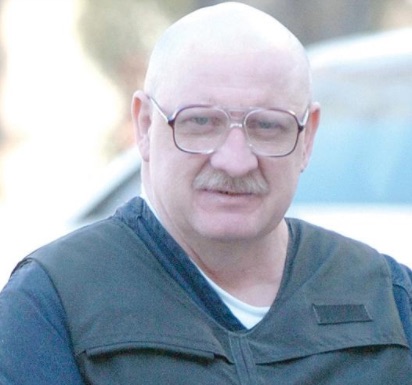 The Tale of Two Condemned

On October 12th, Texas executed a condemned man. The day before, Arkansas set one free.

Robert Pruett was sentenced to 99 years for a 1995 murder under Texas’ infamous “law of parties.” This controversial law states that anyone who “solicits, encourages, directs, aids, or attempts to aid” a person who commits a crime is equally liable no matter how small a role he or she plays in that crime. In 1995, a man with a long prison record stabbed his neighbor to death outside his home. Mr. Pruett was present at the murder. The killer was Mr. Pruett’s father. Pruett himself was only 15 at the time.

While in prison at age 20, Mr. Pruett was accused of killing Correctional Officer Daniel Nagle and sentenced to death. He maintained his  innocence until his execution last week. His conviction relied largely on the testimony of other inmates, who allegedly made deals in exchange for their testimony. There was no physical evidence connecting Pruett to the murder. When the murder weapon was tested for forensic evidence, the test was inconclusive.

The day before Pruett’s execution, Texas’ neighbor Arkansas (a state which executed four men in 10 days this spring) quietly released Rickey Dale Newman from the state’s death row. Mr. Newman is now the 160th exonerated death row inmate in this country since 1973, spending nearly 17 years in custody for the 2001 murder of a transient woman in a “hobo park” on the outskirts of Van Buren, Arkansas.

Newman had a severe mental illness at the time of the crime. A former Marine with major depression, chronic posttraumatic stress disorder from childhood abuse, and an IQ in the intellectually disabled range, he was homeless when Marie Cholette was murdered. He was convicted and sentenced to death in June 2002 after a one-day trial in which the court permitted him to represent himself.

There was no physical evidence linking him to the murder. A prosecution expert falsely testified that a hair found on Newman’s clothing belong to Ms. Cholette. Mr. Newman also told the jury that he was guilty and should be executed. He went on to drop all his appeals. Just four days before he was scheduled to die in 2005, he allowed his federal public defenders to seek a stay of execution in order to test DNA evidence on the blanket in which the victim was found as well as the hair that was used to convict him. The DNA didn’t match. The attorneys also discovered that the prosecutors withheld crucial evidence from the murder scene that contradicted Mr. Newman’s account. A later federal court hearing uncovered that the state mental health doctor had made errors in the administration and scoring of the tests given to Mr. Newman pretrial to determine his mental competency.

Christian author and activist Shane Claiborne tweeted, “As Robert Pruett was being executed in Texas, Rickey Newman was being exonerated in Arkansas. It is a reminder that for every 9 executions, there’s been 1 exoneration. That’s not a good record. Can you imagine if 1 out of every 10 airplanes crashed?”

It defies logic that we as a society find these kind of statistics acceptable when an individual’s life is on the line. With alternative sentences available, why do we keep taking these risks when we know how flawed the system is?

How many of these cases do we have to read about before we decide the number is too high?  1 out of 10. Enough already.

Picture of Rickey Dale Newman from the Arkansas Times