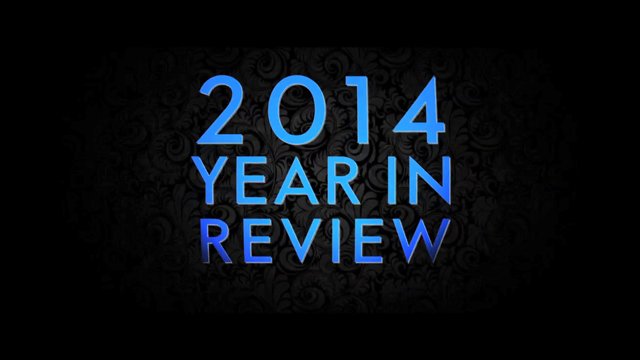 The flaws in America’s death penalty system rose to the forefront of the nation’s consciousness in 2014. Here is TADP’s year in review:

The United States recorded the fewest number of executions (35) in the past twenty years. Twenty-eight of those 35 occurred in just three states – Texas, Missouri, and Florida. In fact, according to the Death Penalty Information Center Year End Report, there were only 72 death sentences this year, the fewest in forty years.

Botched executions once again revealed the horror of the death penalty, as three inmates – Dennis McGuire (1/16 in Ohio); Clayton Lockett (4/29 in Oklahoma); Joseph Wood (7/23 in Arizona) – experienced torturous deaths because of problems with lethal injection protocols.

A number of states moved to halt executions: Washington Governor Jay Inslee has stated that executions will not occur while he is governor. U.S. District Judge Gregory Frost issued a moratorium in Ohio into 2015. New Hampshire passed legislation to repeal the death penalty by an overwhelming margin in the House (vote of 225-104) but fell one vote short in the Senate. Bi-partisan legislation was brought forward in Kentucky, laying the groundwork for future bills. Lastly, strong repeal efforts are growing in Delaware, Kansas, and Nebraska, to name but a few states.

This year witnessed seven new exonerees (as of December 19) in Louisiana, Florida, two in North Carolina, and three in Ohio, including the nation’s 150th exoneree, Kwame Ajamu. These seven are the most exonerees in the last five years. Another possible exoneree in Arizona, Debra Jean Milke, had her murder charges dismissed. Perhaps most heart-breaking was the exoneration of 14-year old George Stinney, Jr., who was the youngest person executed in the nation. Stinney was cleared seventy years after his wrongful conviction and death. These examples give credence to the University of Michigan Law School study (in April) that projected that 1 in 25 death row inmates are actually innocent.

In what proved to be one of the most dramatic moments of the year, the 5th U.S. Circuit Court of Appeals granted Scott Panetti a stay on December 3 after a massive public outcry. Panetti drew the support of many notable conservative politicians and evangelicals due to his severe mental illness. Panetti’s case led to figures like Judge Tom Price of Dallas, a Republican judge on the Texas Court of Criminal Appeals, to publicly oppose the death penalty. Judge Price was just one of many new voices that emerged this year in opposition to the death penalty, including corrections officials, law enforcement, judges, conservatives politicians, and evangelical leaders.

In Tennessee, the ongoing legal challenges to the state’s lethal injection protocols, as well as the reinstatement of the electric chair, are sure to dominate the headlines. Execution dates for three inmates have been vacated while the litigation continues. Still seven inmates have execution dates beginning in March 2015.

One case to follow in 2015 will be Michael Rimmer, who will receive a new trial in the upcoming year.  His trial was marred by ineffective assistance from his counsel as well prosecutorial misconduct by Thomas Henderson, who was censured earlier this year. A summary of Rimmer’s case can be read in this USA Today article.

TADP also released the short film, To Honor Life, created and produced by David and Patricia Earnhardt of earnhardt films llc. This short film continues to be viewed by audiences across the state, raising awareness about the growing number of voices speaking out for repeal and educating the public on the problems with the current system. TADP is deeply grateful to the Earnhardts for their generous work on this project.

Lastly, TADP remembers the lifelong contributions of John Seigenthaler and George Barrett for their efforts to end the death penalty in Tennessee. We remain grateful for our many contributors and supporters who make this work possible. We wish you all happy holidays and look forward to the new year where we will continue to honor life by fighting to abolish the death penalty in Tennessee.

Fairly, there are numerous aspects you would like to think about medications. All discount medicaments save money, but few online drugstores offer better deals than other online drugstores. There isnвЂ™t anything you canвЂ™t order online anymore. Remedies like Deltasone ordinarily is used to treat diseases such as eye problems. Glucocorticoids naturally occurring steroids, which are easily absorbed from the gastrointestinal tract. There are varied drugs for every conditions. Cialis is a remedy prescribed to treat many illnesses. What do you already know about long term side effects of cialis? What consumers talk about how long does it take for cialis to take effect? A general sexual appeal among men is the erectile dysfunction. Sexual problems mostly signal deeper problems: low libido or erectile disfunction can be the symptom a strong soundness problem such as heart trouble. Albeit the erectile dysfunction itself isnвЂ™t necessarily dangerous, erectile dysfunction is sometimes one of the early warning symptoms of other underlying heartiness conditions that can be very dangerous. Unfortunately nearly all over-the-counter medicines have sometimes dangerous aftereffects, from muscle aches to death. If you buy any erectile disfunction medicaments like Cialis, check with a physician that they are sure to take with your other drugs. Do not take unwanted medications. Take Cialis to your local chemist’s shop which will dispose of them for you.