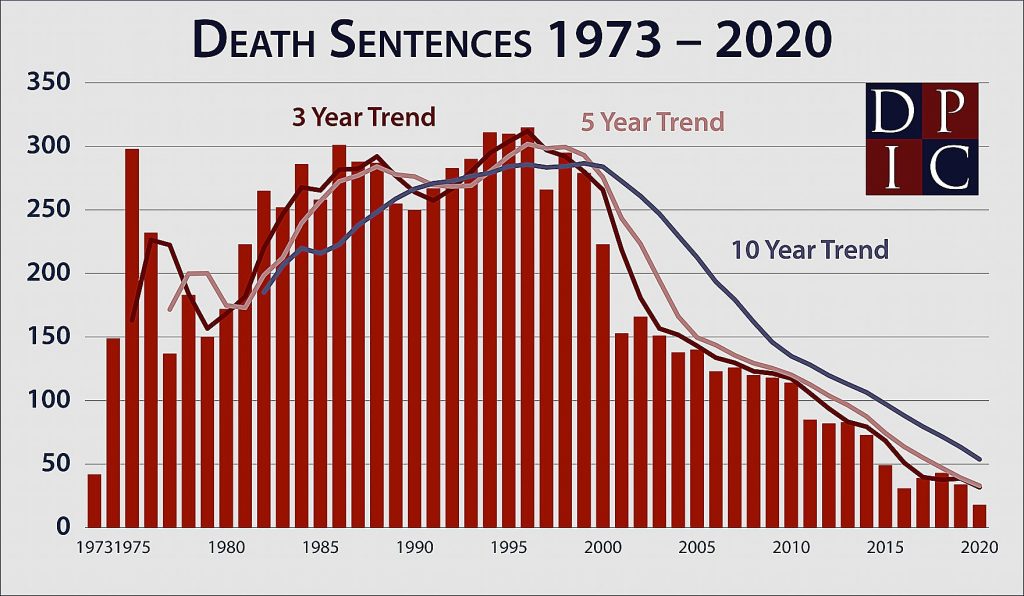 Where We Have Been and Where We are Going

“The death penalty has been plagued by inequity and injustice throughout its history, but those problems came into stark focus this year as the pandemic and the protests against police violence heightened the same disparities throughout our national institutions. As the United States engaged in a nationwide conversation about systemic racism, access to resources, and failures of federal leadership, capital punishment mirrored those faults through its racially biased application, inadequate legal protects, and outlier practices of the federal government.” The Death Penalty in 2020: Year End Report from Death Penalty Information Center

As we entered 2020, Tennessee had five executions scheduled.

As we end 2020, the State has carried out only one. Nicholas Sutton, was executed in February, though he had become a model of redemption and reform. Nick even saved the lives of three correctional staff during his incarceration, while a number of correctional officers as well as surviving families of the murder victims supported clemency. We grieve that another life was lost to violence in Tennessee but are also relieved that the other executions did not go forward.

With your gift to TADP today, we will continue to keep up the pressure to prevent executions in 2021 while educating even more Tennesseans about why this system is failing.

As COVID-19 took hold in the spring, the Tennessee Supreme Court postponed the scheduled June execution of Oscar Smith and the October execution of Byron Black, but the State was still planning to execute Harold Nichols in August. Because of your support, TADP continued to raise concerns about the risks that carrying out an execution during a pandemic would have to public health while also highlighting the inability of Mr. Nichols’ attorneys to do the necessary clemency work given the limitations placed on them by COVID restrictions and the denial of visits for Mr. Nichols with his spiritual advisor in the months leading up to his execution date.

And, on July 17, the same week the federal government carried out its first execution in 17 years, Governor Lee announced that he would grant Harold Nichols a reprieve through the end of 2020!

This was the first time that Governor Lee has intervened to stop an execution, and he cited many of the same reasons that TADP raised in granting the reprieve; specifically indicating that he did not believe the process could be fair given the circumstances.

Then, on November 6th, Governor Lee issued another reprieve, this time for Pervis Payne until April 9, 2021. Governor Lee’s stated reason for the reprieve was the public health risk of carrying out an execution during the pandemic, but your overwhelming public support and outreach to the governor on behalf of clemency for Mr. Payne undoubtedly influenced his decision.

Thanks to you, TADP had the funding and the resources to organize and lead this public response. Now, we must keep pushing to see that justice is ultimately done in this case, not only to ensure that Tennessee does not carry out the unconstitutional execution of a person with intellectual disability, but also to stop the execution of a man with strong evidence of innocence. With your support, we will do just that.

The Death Penalty Information Center recently released its Year End Report highlighting the continued erosion of the death penalty across our country.

The report highlights that in 2020, Colorado became the 22nd state to end the death penalty while Louisiana and Utah reached ten years with no executions. With those actions, 34 states have now abolished the death penalty or have not executed anyone in a decade or more. The Gallup poll found public support for the death penalty at a near half-century low, and opposition to the death penalty at its highest level since the 1960s. Voters elected new anti-death-penalty district attorneys in counties constituting 12% of the current U.S. death row population, and five men were exonerated from death row this year, including Curtis Flowers of Mississippi.

As we look to 2021, your support remains critical to our work of educating Tennesseans about why this racist, expensive, immoral system is failing. Together, we will pursue our mission, working to prevent executions and to damage the death penalty’s brand, while fighting for a more just Tennessee.