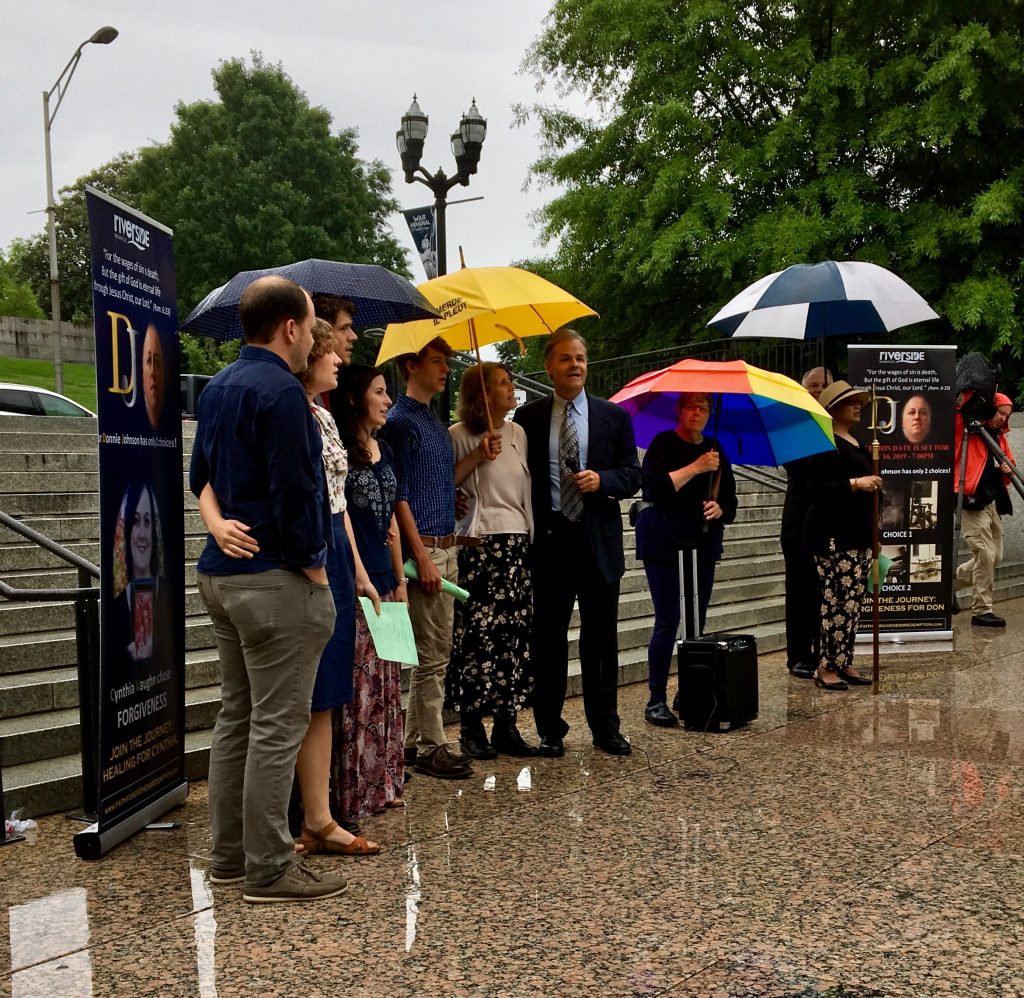 It has been a week since Don Johnson was executed. The question of whether or not Governor Lee would grant clemency hung over us in Tennessee until late into the afternoon on Tuesday, May 14. Then the answer came, “No.”

So many of us, including Don’s stepdaughter Cynthia Vaughn, whose mother, Connie, was the victim of Don’s crime, pled for mercy. His church family at Riverside Chapel Seventh-day Adventist Church prayed for mercy, holding a prayer service a week ago Saturday in front of the State Capitol, asking Governor Lee to consider Don’s transformation in prison, a transformation made possible through Don’s Christian faith.

There were questions about what it would take to convince the governor to act on Don’s behalf. There was tension and stress, and even disagreement about what we should do as the state moved towards this execution. Cynthia, whose journey to forgive Don had taken her decades, was getting more and more questions. She was publicly pitted against her own brother, who just days before the execution, came out in support of it.

Voices on social media became more agitated and in some cases, meaner, the closer we got to the date. Those who loved and visited Don on death row became more desperate. Don’s attorneys worked night and day to stop this execution. Nerves were frayed, and emotions raw.

For all the questions that surround the death penalty, the question of what it does to us becomes obvious as any execution approaches, regardless of whether we support it or oppose it. The death penalty ties us in knots. It stokes our fears and our baser instincts. It teases and torments. It kills, but not only the inmates. Every time an execution occurs, no matter if we question it or justify it, part of us dies too.

Don’s execution demonstrated once again the emptiness of this ritual.

Don was not an unremorseful person who denied his involvement in his wife’s murder or blamed others for what he did. He acknowledged his role, took responsibility, and offered a public apology. He was ready to spend the rest of his natural life behind bars for his actions. He didn’t ask for freedom.

Don wasn’t angry at the world, the corrections staff, or the governor, though he could have been. Don was a man changed by the love he came to know through his encounter with Jesus Christ behind prison walls and that love made him new. Don was baptized into the Seventh-day Adventist Church twenty years ago, ministered to inmates and folks on the outside, and served as a light on the inside, even refusing a special last meal and asking that those living on the streets be fed instead. Don’s life since his incarceration didn’t fit the stereotype. Who was “the monster” in this story?

Governor Lee made the decision to allow Don’s execution to proceed. Don accepted the decision. Don’s ultimate faith was in God and not in the governor anyway, though he had hoped for a different outcome. It wasn’t to be.

And so another question, “What has changed?”

Don Johnson is dead. Connie Johnson is dead. Correctional staff, attorneys, communities of faith, friends, media witnesses, even members of Connie’s family are now likely traumatized by what we did on May 16, whether they know it or not. Are the scales of justice finally balanced now?

And what about our state? Are we better off?

How did Don’s execution make us safer?

How did it help to prevent future crimes?

Did anyone gain better access to mental and behavioral health care because of Don’s execution?

Did Don’s death offer any avenues for more and better intervention in the lives of children who are exposed to horrible trauma and abuse as he was?

Did one more police officer or correctional officer receive better training or an increase in pay?

Did it address the division in Connie’s family?

Did it make death row safer for correctional staff and inmates?

Did it model respect for the dignity of life?

These are some of the questions that I am left with a week later. And though I don’t pretend that the issue isn’t complicated, I don’t think the answers to these questions are.

For now, though, we will likley go on pretending that we don’t know these answers because if we admit that we do, we would have to end the death penalty.

But the questions aren’t going away. We will keep asking them over and over again. And more people will join us and start asking these questions too as they learn how broken and morally bankrupt the death penalty system really is.

Photo from Saturday, May 11, Prayer Service 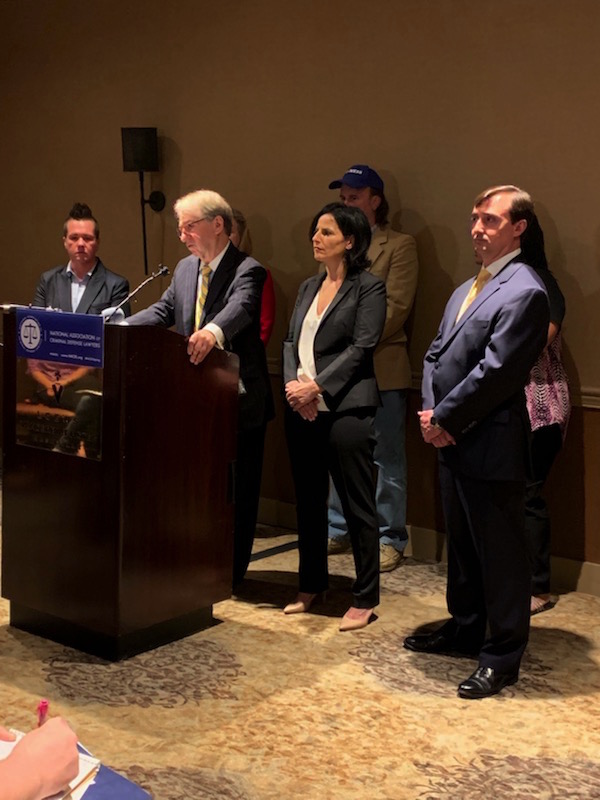