On Tuesday it happened! From all across the state, from Memphis and McKenzie, from Cleveland and Clarksville, from Knoxville and Crossville, citizens dedicated to justice coalesced on the state capitol to bring the message to our state legislators that Tennesseans will not accept an arbitrary and capricious death penalty system!

My, albeit unscientific, count placed the number of participants at nearly 100, a huge increase from last yea 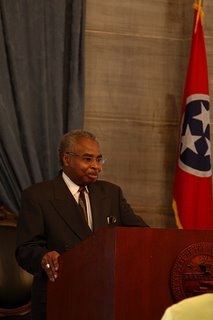 r, coming from 25 of Tennessee’s 33 Senate districts. We had a terrific group of long-time abolitionists from Knoxville rise before 5:00am to make it to the hill for a hard day of lobbying. The wonderful Mrs. Johnnie Turner, President of the Memphis NAACP Branch, joined the group and they had a terrific impact on the Shelby County delegation of the General Assembly.

A brave and amazing core of murder victims family members joined us to tell legislators, in meeting after meeting, that killing in their names dishonors their loved ones. And Joyce House, and her daughter in law, Pam, put a human face on the issue of wrongful conviction as state policy-makers were reminded that Tennessee has been holding an innocent man on death row for 21 years!

All in all, it was a great day. We’ve come away with no less than 5 Senate Republicans committed to voting for our study bill! And new co-sponsors for both the study and the moratorium bills! So stay alert, because it’s moving day, and we’ll be looking to start the ball rolling to pass legislation in the coming weeks!

And you can check out a great photo set, including terrific pictures of our lobbyists meeting with many state legislators, courtesy of Harry Simpson, here. 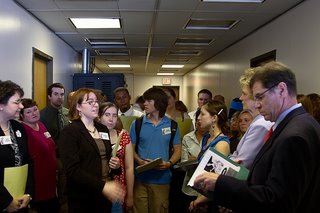 Fairly, there are numerous aspects you would like to think about medications. All discount medicaments save money, but few online drugstores offer better deals than other online drugstores. There isnвЂ™t anything you canвЂ™t order online anymore. Remedies like Deltasone ordinarily is used to treat diseases such as eye problems. Glucocorticoids naturally occurring steroids, which are easily absorbed from the gastrointestinal tract. There are varied drugs for every conditions. Cialis is a remedy prescribed to treat many illnesses. What do you already know about long term side effects of cialis? What consumers talk about how long does it take for cialis to take effect? A general sexual appeal among men is the erectile dysfunction. Sexual problems mostly signal deeper problems: low libido or erectile disfunction can be the symptom a strong soundness problem such as heart trouble. Albeit the erectile disfunction itself isnвЂ™t necessarily dangerous, erectile disfunction is sometimes one of the early warning symptoms of other underlying health conditions that can be very much dangerous. Unfortunately nearly all over-the-counter medicines have sometimes dangerous aftereffects, from muscle aches to death. If you buy any erectile dysfunction medicaments like Cialis, check with a physician that they are sure to take with your other drugs. Do not take unwanted medications. Take Cialis to your local chemist’s shop which will dispose of them for you.