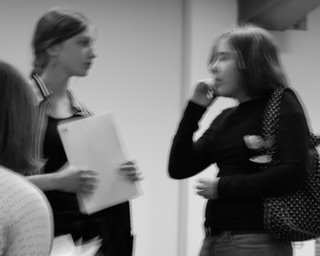 It’s finally coming together. Yesterday evening (later than an old fogey like me wanted to be awake) a group of students who form the TCASK Student Caucus working group were in the TCASK office. The students were preparing for Tennessee’s first annual Student Conference Against the Death Penalty, which will be held on September 9th at MTSU.

The students did a session of peer review on the workshops that they themselves had developed for the conference (focused on campus organizing, planning events, the moratorium campaign, high school challenges, and campus events) and made final decisions on the conference structure. It is going to be a terrific event.

Luke Lea, one of the high school students involved in planning the conference, had this to say about student involvement:

An effort such as death penalty abolition, particularly in an entity with the general political views of Tennessee, requires an amount of conspicuous and deliberate opposition from each prominent faction. If any advancements are to be made, the expression of our opposition to the 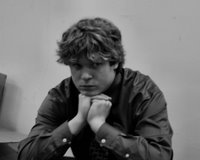 death penalty is imperative. Equally as essential to such a movement is the variety of sources from which these concerns are expressed. One such faction with untested and therefore untapped potential is the youth of Tennessee. The manifestation of this potential would provide our state with a radical core of abolitionists for years to come. The younger the individuals we succeed in mobilizing, the more successful mobilization we can accomplish, leading inevitably to favorable legislative results.

Sadly, a large part of the population assumes that the actions of the justice system are always just. Exposition of the facts will undoubtedly lead to new support for TCASK. Adding youth involvement to our cause can only strengthen this message. Displaying youthful enthusiasm for this cause conveys the fact that even students, a group infamous for their apathy, can unite in common opposition to the death penalty.

* * *
It’s words and energy like this that should keep us all going and knowing that we’re succeeding.

Fairly, there are numerous aspects you would like to think about medications. All discount medicaments save money, but few online drugstores offer better deals than other online drugstores. There isnвЂ™t anything you canвЂ™t order online anymore. Remedies like Deltasone ordinarily is used to treat diseases such as eye problems. Glucocorticoids naturally occurring steroids, which are easily absorbed from the gastrointestinal tract. There are varied drugs for every conditions. Cialis is a remedy prescribed to treat many illnesses. What do you already know about long term side effects of cialis? What consumers talk about how long does it take for cialis to take effect? A general sexual complaint among men is the erectile disfunction. Sexual problems mostly signal deeper problems: low libido or erectile dysfunction can be the symptom a strong health problem such as core trouble. Albeit the erectile disfunction itself isnвЂ™t necessarily dangerous, erectile disfunction is sometimes one of the early warning symptoms of other underlying soundness conditions that can be very dangerous. Unfortunately nearly all over-the-counter medicines have sometimes dangerous aftereffects, from muscle aches to death. If you buy any erectile disfunction medicaments like Cialis, check with a physician that they are sure to take with your other drugs. Do not take unwanted medications. Take Cialis to your local chemist’s shop which will dispose of them for you.