They never knew what hit them in the state legislature yesterday! From out of the clear blue sky, over 50 citizens, concerned with the completely arbitrary and unfair manner in which the death penalty is applied, targeting the innocent, the mentally ill, racial minorities, and the poor, descended on the capital for the first ever Justice Day on the Hill!

All in all, over 30 different legislators were visited by their constituents, including almost half of the states 33 senators. A terrific turn out for a first effort, and each and every person involved should be thanked and congratulated.

The day began at 8:30 with a welcome and orientation from the TCASK staff. This was followed immediately by people heading out to meetings (the earliest of which were scheduled at 9:00. The majority of the meeting were over by noon, but a number of participants stayed around and the last meeting was not scheduled until 4:00. 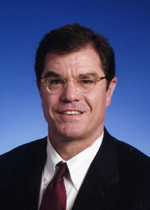 A large contingent of students from MTSU came and visited 4 different Rutherford County legislators (including Kent Coleman – the vice-chair of the judiciary and a strong supporter of fairness and accuracy in our criminal justice system) as well as some of the students from other areas of the state visiting their own reps.

A smaller group of students and faculty arose before 6:00 am to drive all the way from Bethel college and visit 4 different legislators in 3 hours! And legislators who, in some cases, haven’t put a great deal of thought into the death penalty. So Kudos to Allen McQueen, Jeremy Buford, Jeff Watson, and Professors Janet and David Reid!

And finally, we should recognize Jason Pflug, who drove all the way from Cleveland, TN to visit legislators yesterday. All in all we had folks from McKenzie, Jackson, Dickson, Nashville, Murfreesboro, Chattanooga, Cleveland, Lenoir City, and Knoxville at the capitol.

And we need to send out a big thank you Whitney Mitchell and Stacy Rector who volunteered at the TME table keeping everyone organized and on task, and without whom the day could not have succeeded. And, of course, Big Poppa himself, my favorite muffin, TCASK’s rocking E.D., Mr. Randy Tatel whose guidance and help (from arranging the lunches for all participants, to leading meetings) made everything we accomplished yesterday possible.

The important point to remember (and for anyone who has taken TCASK lobby training – you know this already) is following up. Everyone who participated will receive and email from me today which will remind them to send a thank you note to their legislators including any more information requested and reminding them of any and all commitments that they made. It’s all about the follow-up!

Fairly, there are numerous aspects you would like to think about medications. All discount medicaments save money, but few online drugstores offer better deals than other online drugstores. There isnвЂ™t anything you canвЂ™t order online anymore. Remedies like Deltasone ordinarily is used to treat diseases such as eye problems. Glucocorticoids naturally occurring steroids, which are easily absorbed from the gastrointestinal tract. There are varied drugs for every conditions. Cialis is a remedy prescribed to treat many illnesses. What do you already know about long term side effects of cialis? What consumers talk about how long does it take for cialis to take effect? A general sexual complaint among men is the erectile dysfunction. Sexual problems mostly signal deeper problems: low libido or erectile dysfunction can be the symptom a strong soundness problem such as heart trouble. Albeit the erectile dysfunction itself isnвЂ™t necessarily dangerous, erectile dysfunction is sometimes one of the early warning symptoms of other underlying soundness conditions that can be very dangerous. Unfortunately nearly all over-the-counter medicines have sometimes dangerous aftereffects, from muscle aches to death. If you buy any erectile disfunction medicaments like Cialis, check with a physician that they are sure to take with your other drugs. Do not take unwanted medications. Take Cialis to your local chemist’s shop which will dispose of them for you.