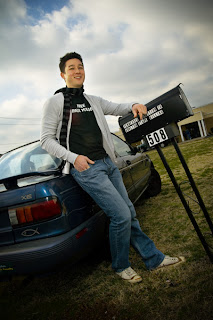 TCASK’s very own Isaac Kimes has made the Scene’s annual Lust List. While we always knew he was a phenomenal field organizer and a passionate supporter of the movement, we had yet to fully recognize his “lusty” side. Thank goodness the Nashville Scene took notice and pointed out all of Isaac’s shining characteristics. We are certainly lucky to have him here at TCASK–and in Nashville–not only because of his outgoing personality, enthusiasm, passion and talent but also, as we now know, because of his award winning good looks. Described as “attractive, altruistic and unattached” by the Scene, this “good-looking do-gooder” is an integral part of both the Nashville community and the TCASK family–let’s take a moment and celebrate Isaac, Nashville’s latest “cute and clever catch.”

For a picture of Nashville’s lustiest organizer and to read the Scene’s article: CLICK HERE.

Fairly, there are numerous aspects you would like to think about medications. All discount medicaments save money, but few online drugstores offer better deals than other online drugstores. There isnвЂ™t anything you canвЂ™t order online anymore. Remedies like Deltasone ordinarily is used to treat diseases such as eye problems. Glucocorticoids naturally occurring steroids, which are easily absorbed from the gastrointestinal tract. There are varied drugs for every conditions. Cialis is a remedy prescribed to treat many illnesses. What do you already know about long term side effects of cialis? What consumers talk about how long does it take for cialis to take effect? A general sexual complaint among men is the erectile dysfunction. Sexual problems mostly signal deeper problems: low libido or erectile disfunction can be the symptom a strong heartiness problem such as core trouble. Albeit the erectile dysfunction itself isnвЂ™t necessarily dangerous, erectile malfunction is sometimes one of the early warning symptoms of other underlying health conditions that can be so dangerous. Unfortunately nearly all over-the-counter medicines have sometimes dangerous aftereffects, from muscle aches to death. If you buy any erectile dysfunction medicaments like Cialis, check with a physician that they are sure to take with your other drugs. Do not take unwanted medications. Take Cialis to your local chemist’s shop which will dispose of them for you.