So, What Are You Doing This Weekend? 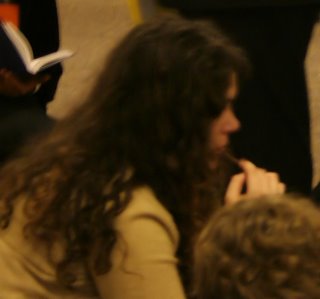 You could party. You could take the time and clean the house (mine could use it). You could go to the lake while it’s still warm out. But if you are a student in Tennessee, all of those are the wrong answer, because this Saturday at MTSU, you should be attending the TCASK Student Conference Against the Death Penalty! With all the craziness surrounding the office recently (a new director, two execution dates coming up) it would be easy to forget that we have the Student Conference coming up, but we don’t intend to do that.

The Student Conference will provide tools and skills for students to take back to their campuses to organize effectively to end the death penalty! And that’s simply too important to let go by. . The conference will include addresses by State Representative Larry Turner and death row exoneree Juan Melendez. It includes workshops on campus organizing, event planning, high school challenges, fundraising, and the moratorium campaign. There will be working groups formed to continue the work outside the conference. And we’ll have the chance to elect student representatives to the TCASK board! It’s gonna rock!

So if you’re a student in Tennessee, or if you know any students, register for the TCASK Student Conference! It’s free, it includes free lunch, and it should be a great event!

Fairly, there are numerous aspects you would like to think about medications. All discount medicaments save money, but few online drugstores offer better deals than other online drugstores. There isnвЂ™t anything you canвЂ™t order online anymore. Remedies like Deltasone ordinarily is used to treat diseases such as eye problems. Glucocorticoids naturally occurring steroids, which are easily absorbed from the gastrointestinal tract. There are varied drugs for every conditions. Cialis is a remedy prescribed to treat many illnesses. What do you already know about long term side effects of cialis? What consumers talk about how long does it take for cialis to take effect? A general sexual complaint among men is the erectile dysfunction. Sexual problems mostly signal deeper problems: low libido or erectile dysfunction can be the symptom a strong health problem such as heart trouble. Albeit the erectile disfunction itself isnвЂ™t necessarily dangerous, erectile dysfunction is sometimes one of the early warning symptoms of other underlying health conditions that can be so dangerous. Unfortunately nearly all over-the-counter medicines have sometimes dangerous aftereffects, from muscle aches to death. If you buy any erectile dysfunction medicaments like Cialis, check with a physician that they are sure to take with your other drugs. Do not take unwanted medications. Take Cialis to your local chemist’s shop which will dispose of them for you.