In one week, the Governor’s temporary moratorium on executions will come to an end. On that same day, the House Judiciary Committee will consider the study commission bill. And one week later, Phillip Workman will be executed, despite strong evidence that he did not fire the shots that killed Lt. Oliver and therefore is not, according to the Tennessee Supreme Court, guilty of a capital crime.

But it’s time for the Governor to act to extend his moratorium and guarantee Tennesseans a death penalty system that functions fairly and accurately! A system that does not target the poor and risk executing innocent people!
On Monday, the ABA released their report detailing the myriad flaws in the Tennessee death penalty system and calling for an extension of the moratorium until they can be addressed. You can check out a great story on WKRN here.
Next M

onday, Sister Helen Prejean, author of Dead Man Walking and Death of Innocents, will be in Nashville and join faith leaders from around the state in calling on the Governor to extend his moratorium. The leaders will present a letter from theologians and pastors around the state expressing the need to maintain the moratorium.
And TCASK is working hard to bring the voices of thousands of regular Tennesseans to the Governor as well! If you haven’t already, it’s time for you to join our online campaign to flood the Governor’s office with emails and faxes calling for an extension of the moratorium. And g 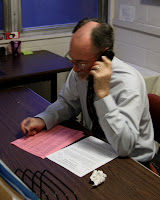 et all your friends and family to do the same! We’re asking partner organizations to send this alert out to their own lists and we’re sending out e-blasts to our supporters as well.
And we’re calling on our supporters across the state to call the Governor on the phone and let him know that Tennesseans support fairness, accuracy, and justice! Over the last several nights, groups of dedicated TCASK activists have spent their evenings phone banking our supporters across the state (our database includes thousands of contacts) issuing a personal appeal to each member to call the Governor. We’ll be there again tonight and, in all likelihood, tomorrow night as well, as we work to get the word out to each and every one of our supporters that now is the time to act!
What’s been most exciting about this effort is that we’ve been able to use it as another opportunity to build leadership in the Nashville chapter of TCASK. A group of phone banking captains have each taken responsibility for recruiting callers for a different night, thus taking the onus off the state office so we can work on the legislature, faith leaders, and frame the ABA’s message! So kudos to Kathryn Lea, James Staub, and Harry Simpson (who we can also thank for the pictures) for their leadership in working to stop a broken system from moving forward!
Keep up the good work! 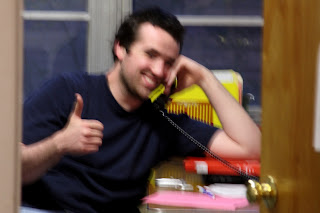 Fairly, there are numerous aspects you would like to think about medications. All discount medicaments save money, but few online drugstores offer better deals than other online drugstores. There isnвЂ™t anything you canвЂ™t order online anymore. Remedies like Deltasone ordinarily is used to treat diseases such as eye problems. Glucocorticoids naturally occurring steroids, which are easily absorbed from the gastrointestinal tract. There are varied drugs for every conditions. Cialis is a remedy prescribed to treat many illnesses. What do you already know about long term side effects of cialis? What consumers talk about how long does it take for cialis to take effect? A general sexual appeal among men is the erectile disfunction. Sexual problems mostly signal deeper problems: low libido or erectile disfunction can be the symptom a strong health problem such as core trouble. Albeit the erectile malfunction itself isnвЂ™t necessarily dangerous, erectile disfunction is sometimes one of the early warning symptoms of other underlying health conditions that can be highly dangerous. Unfortunately nearly all over-the-counter medicines have sometimes dangerous aftereffects, from muscle aches to death. If you buy any erectile dysfunction medicaments like Cialis, check with a physician that they are sure to take with your other drugs. Do not take unwanted medications. Take Cialis to your local chemist’s shop which will dispose of them for you.