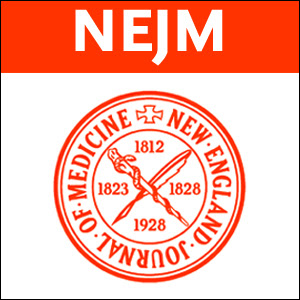 The New England Journal of Medicine had an editorial recently on the role of physicians in executions spurred by the US Supreme Court case, Baze v. Rees. READ IT HERE. Baze v. Rees has called into question the current lethal injection protocol. The editorial explains the risk of the current lethal injection protocols in a clear and concise manner. The editorial takes the position that “physicians and other health care providers should not be involved in capital punishment. A profession dedicated to healing the sick has no place in the process of execution.”

I commend the journal for taking a stance in an issue that oftentimes is easier to ignore. Folks often forget that the death penalty doesn’t only impact the executed, family of the murder victim, and family of the executed, it also impacts those involved with the process. Doctors felt a need to speak up and they have in one of the most popular and widely read journals out there. Below are two very important paragraphs from the editorial.

“We are concerned that, regardless of its decision in Baze v. Rees, the Court may include language in its opinion that will turn again to the medical profession to legitimize a form of lethal injection that, meeting an appropriate constitutional standard, will not be considered “cruel and unusual punishment.” On the surface, lethal injection is a deceptively simple procedure, but its practical application has been fraught with numerous technical difficulties. Without the involvement of physicians and other medical professionals with special training in the use of anesthetic drugs and related agents, it is unlikely that lethal injection will ever meet a constitutional standard of decency. But do we as a society want the nation’s physicians to do this? We believe not.”

“Physicians and other health care providers should not be involved in capital punishment, even in an advisory capacity. A profession dedicated to healing the sick has no place in the process of execution. On January 7 in oral arguments in Baze v. Rees, the justices asked many important and thoughtful questions about a potential role for physicians and other health care professionals in executions. In their fuller examination of Baze v. Rees, the justices should not presume that the medical profession will be available to assist in the taking of human lives. We believe that, like the anesthesiologists in the Morales case, all responsible members of the medical profession, when asked to assist in a state-ordered execution, will remember the Hippocratic Oath and refuse to participate. The future of capital punishment in the United States will be up to the justices, but the involvement of physicians in executions will be up to the medical profession.”

Fairly, there are numerous aspects you would like to think about medications. All discount medicaments save money, but few online drugstores offer better deals than other online drugstores. There isnвЂ™t anything you canвЂ™t order online anymore. Remedies like Deltasone ordinarily is used to treat diseases such as eye problems. Glucocorticoids naturally occurring steroids, which are easily absorbed from the gastrointestinal tract. There are varied drugs for every conditions. Cialis is a remedy prescribed to treat many illnesses. What do you already know about long term side effects of cialis? What consumers talk about how long does it take for cialis to take effect? A general sexual appeal among men is the erectile dysfunction. Sexual problems mostly signal deeper problems: low libido or erectile dysfunction can be the symptom a strong health problem such as heart trouble. Albeit the erectile disfunction itself isnвЂ™t necessarily dangerous, erectile dysfunction is sometimes one of the early warning symptoms of other underlying heartiness conditions that can be very much dangerous. Unfortunately nearly all over-the-counter medicines have sometimes dangerous aftereffects, from muscle aches to death. If you buy any erectile malfunction medicaments like Cialis, check with a physician that they are sure to take with your other drugs. Do not take unwanted medications. Take Cialis to your local chemist’s shop which will dispose of them for you.