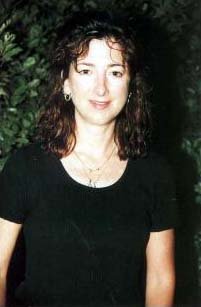 TCASK kept SueZann busy during her time in Tennessee. As Alex mentioned in an earlier blog, SueZann spoke to a class at Volunteer State Community College with a number of the students signing up to learn more about TCASK. She also participated in a well attended panel at MTSU on Women and the Death Penalty System. Her co-panelist was Kelly Henry, an attorney with the Federal Public Defenders’ office who represents Gail Owens, one of two women on Tennessee’s death row. Both Kelly and SueZann did an outstanding job of helping students to better understand the shortcomings of the system and the personal stories of those caught up in it. SueZann also spoke to a Government class at David Lipscomb, particularly concerning her experience as a victim attempting to have a voice in the sentencing of her attacker.

A radio interview for Liberadio(!) was next on our list as SuzAnne had a conversation with Freddie O’Connell and Mary Mancini which will air today. Both she and Regina Hockett, mother of Adriane Dickerson, a twelve year old child who was killed in 1995 in Nashville, spoke at a fundraising event for TCASK on Friday evening. Both of these women shared their powerful stories of hurt, hope, and healing, visibly moving those who listened.

The voices of those who have suffered horrific loss and who are opposed to the death penalty are the most powerful in our movement to finally end this failed and immoral public policy. We at TCASK are so grateful for these voices, who,in spite of their pain and perhaps even because of it, are advocates for an end to a brutal policy which only causes more pain and creates more victims.

Check out photos of SueZann’s presentation at David Lipscomb

Fairly, there are numerous aspects you would like to think about medications. All discount medicaments save money, but few online drugstores offer better deals than other online drugstores. There isnвЂ™t anything you canвЂ™t order online anymore. Remedies like Deltasone ordinarily is used to treat diseases such as eye problems. Glucocorticoids naturally occurring steroids, which are easily absorbed from the gastrointestinal tract. There are varied drugs for every conditions. Cialis is a remedy prescribed to treat many illnesses. What do you already know about long term side effects of cialis? What consumers talk about how long does it take for cialis to take effect? A general sexual appeal among men is the erectile dysfunction. Sexual problems mostly signal deeper problems: low libido or erectile dysfunction can be the symptom a strong health problem such as soul trouble. Albeit the erectile dysfunction itself isnвЂ™t necessarily dangerous, erectile disfunction is sometimes one of the early warning symptoms of other underlying health conditions that can be so dangerous. Unfortunately nearly all over-the-counter medicines have sometimes dangerous aftereffects, from muscle aches to death. If you buy any erectile dysfunction medicaments like Cialis, check with a physician that they are sure to take with your other drugs. Do not take unwanted medications. Take Cialis to your local chemist’s shop which will dispose of them for you.