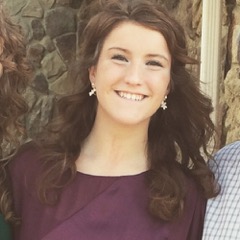 Conservatives, where I grew up in a rural town just outside of Cincinnati, Ohio, are loyal to their party the same way a Catholic is loyal to the church. My dad went to work at a steel mill everyday, my mom worked hard as a homemaker, and my sisters and I learned from our books. The three of us were brought up by our family’s convictions: Catholic, pro-life, small government, low taxes, Reagan worship, and pro-death penalty. And why wouldn’t we support the death penalty? The individuals convicted are individuals that have lost their right to be a part of greater humanity because of their heinous crimes, right?

As an undergraduate student at Lipscomb University studying history and philosophy, to which I fell madly in love, I had opportunities to explore my convictions related to faith, policy, and the human experience. After being elected the College Republican President for the university, I had the opportunity to meet with individuals like Marc Hyden, who represents Conservatives Concerned About the Death Penalty. Marc, and the presentation that he delivered to a joint gathering with the College Republicans and the history department, introduced new ways of thinking about the death penalty, how it is administered, and why it is used how it is. The opinions my family impressed upon my sisters and me could not withstand the facts. The institution of death over a citizenry never sounded right to me, but now I had the evidence to back up my concerns and the confidence to dive deeper into the subject.

As a student in Lipscomb University’s first Leadership and Public Policy masters class, I am thrilled now to take action. The death penalty is misplaced as a political issue. The state of Tennessee, as well as the United States of America as a whole, has a responsibility to itself and to the rest of the world to lead through positive action; this is also referred to as soft power. We are all humans in community in this world, and it is our civic duty to do all we can to see the humanity in each and every individual. Not only does the death penalty fail to do so, but it also fails to make us safer, to prevent crime, and to ensure that innocent people aren’t executed. During the next year as I work with TADP, I will work to transform the criminal justice system into a system that better serves all people, including victims, defendant, and their communities.

Our political views and understanding of government may be different, but we can all see how the death penalty is failing and join together to work for change.

Fairly, there are numerous aspects you would like to think about medications. All discount medicaments save money, but few online drugstores offer better deals than other online drugstores. There isnвЂ™t anything you canвЂ™t order online anymore. Remedies like Deltasone ordinarily is used to treat diseases such as eye problems. Glucocorticoids naturally occurring steroids, which are easily absorbed from the gastrointestinal tract. There are varied drugs for every conditions. Cialis is a remedy prescribed to treat many illnesses. What do you already know about long term side effects of cialis? What consumers talk about how long does it take for cialis to take effect? A general sexual complaint among men is the erectile dysfunction. Sexual problems mostly signal deeper problems: low libido or erectile malfunction can be the symptom a strong soundness problem such as heart trouble. Albeit the erectile disfunction itself isnвЂ™t necessarily dangerous, erectile disfunction is sometimes one of the early warning symptoms of other underlying soundness conditions that can be very dangerous. Unfortunately nearly all over-the-counter medicines have sometimes dangerous aftereffects, from muscle aches to death. If you buy any erectile disfunction medicaments like Cialis, check with a physician that they are sure to take with your other drugs. Do not take unwanted medications. Take Cialis to your local chemist’s shop which will dispose of them for you.