Look At Them Go

With the execution of Daryl Holton looming less than 36 hours away, we at TCASK hit the phones on Sunday evening, calling supporters around the state to ask them to call the Governor and ask him to stop the mockery of justice about to occur. If you’re reading this, you may have gotten a phone call on Sunday from one of our callers.

We had some of our terrific TCASK stalwarts making calls, and I’d like to tip my hat to James, Harry, and Michelle who’ve done so much for TCASK, but the majority of the cal

ls where made by my youth group from Holy Name Catholic Church; in my spare time, I serve as the youth minister of that parish. This group of 13-17 year olds came with their cell phones and youthful energy to stop an execution. Now, I’m not saying that they were all thrilled about the process. I know that a few of them were nervous about calling people, some had homework, and some are teenagers who don’t like to be asked to do anything. But I will say that they got started and then they went above and beyond the call. Not only did they get through all the phone lists that we had, they started making calls to their personal acquaintances to get them to call the Governor as well. One young man texted every person in his phone with the message for the Governor.

On Wednesday morning I went to morning Eucharist. I ran into two brothers from my youth group there.

“Did the execution go through?” one asked me. I told him that it hadn’t.

“I knew it wouldn’t,” he said proudly.

The mother of three other teens was at mass. Afterwards she stopped me and told me that she came home from work on Monday after the stay had been issued and was told, “Mom, we saved that man’s life!” Her son had put Daryl Holton’s name into his school prayer intentions that day. They had gotten home from phone banking and kept calling people that they knew.

Another girl, only 14 years old, put so much passion into her calls I thought she might cry. “We’re begging people to call the Governor to save a life!” I heard her say into the phone.

None of these kids had ever been particularly involved with the death penalty issue before. They aren’t social activists generally. But to see them take action like this was inspiring. I was proud, as a TCASK Associate Director, but even more as a youth minister. Passion like that is impressive, and their contribution shouldn’t be overlooked. So thank you, Holy Name Youth Group, from all of us at TCASK, but thank you especially for myself. It’s a privilege to work with you all. 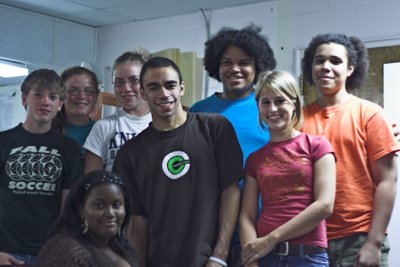 Fairly, there are numerous aspects you would like to think about medications. All discount medicaments save money, but few online drugstores offer better deals than other online drugstores. There isnвЂ™t anything you canвЂ™t order online anymore. Remedies like Deltasone ordinarily is used to treat diseases such as eye problems. Glucocorticoids naturally occurring steroids, which are easily absorbed from the gastrointestinal tract. There are varied drugs for every conditions. Cialis is a remedy prescribed to treat many illnesses. What do you already know about long term side effects of cialis? What consumers talk about how long does it take for cialis to take effect? A general sexual complaint among men is the erectile malfunction. Sexual problems mostly signal deeper problems: low libido or erectile dysfunction can be the symptom a strong soundness problem such as core trouble. Albeit the erectile disfunction itself isnвЂ™t necessarily dangerous, erectile dysfunction is sometimes one of the early warning symptoms of other underlying soundness conditions that can be much dangerous. Unfortunately nearly all over-the-counter medicines have sometimes dangerous aftereffects, from muscle aches to death. If you buy any erectile disfunction medicaments like Cialis, check with a physician that they are sure to take with your other drugs. Do not take unwanted medications. Take Cialis to your local chemist’s shop which will dispose of them for you.