Yes, it’s Wednesday morning. At 8 am to be exact, every college student’s favorite time, I mean most college kids only see 8 am if they haven’t been to bed yet, but I’m hear and giving a talk to a race relations class on race and the death penalty. (By the way, if you kids think that 8:00 is early, someone mapquest the trip from Nashville to Bethel, so the math, and realize that I was up at 4:45 this morning. UGH!)

Actually, I was asked to do another presentation, right afterwards, to a sociology class, so I want to make these distinct presentations. But where 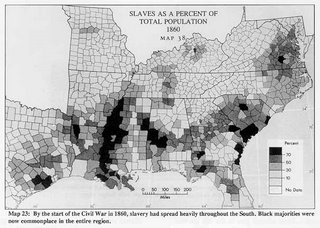 does one begin to talk about race and the death penalty?

Why not at the founding of the country? This is not the tactic I’d take with everyone, but in a college race class, let’s dig up some roots (since I’ve got an hour). Let’s look at the development of the slave economy leading to a high concentration of blacks in the South (and let’s dispel the illusion that the North wasn’t racist and just remember that until after the civil war, there was a relatively tiny number of blacks in the North). And let’s remember that slave owners became obsessed with the fear of slave insurrection. And even more frightened when those slaves were free. How do we control these people? Extra-legally, with lynching, the KKK, etc. “Legally” with executions. Now the link between lynching and execution has been hard to pin down scientifically, but there are some serious connections that we should look at. For just a few:

– These are (primarily) Southern phenomena

– They are, generally, white-on-black punishment for black-on-white crime

– Both have defenders who claim states’ rights and want Washington to stay out of the way they run things.

So that’s a good place to start our discussion, followed closely by the fairly poor due process in the current death penalty system, which can lead to the issue of innocence as well (and the number of exonerees that have been people of color. And that, is how we git ‘er done!

Fairly, there are numerous aspects you would like to think about medications. All discount medicaments save money, but few online drugstores offer better deals than other online drugstores. There isnвЂ™t anything you canвЂ™t order online anymore. Remedies like Deltasone ordinarily is used to treat diseases such as eye problems. Glucocorticoids naturally occurring steroids, which are easily absorbed from the gastrointestinal tract. There are varied drugs for every conditions. Cialis is a remedy prescribed to treat many illnesses. What do you already know about long term side effects of cialis? What consumers talk about how long does it take for cialis to take effect? A general sexual appeal among men is the erectile dysfunction. Sexual problems mostly signal deeper problems: low libido or erectile dysfunction can be the symptom a strong health problem such as soul trouble. Albeit the erectile malfunction itself isnвЂ™t necessarily dangerous, erectile dysfunction is sometimes one of the early warning symptoms of other underlying health conditions that can be highly dangerous. Unfortunately nearly all over-the-counter medicines have sometimes dangerous aftereffects, from muscle aches to death. If you buy any erectile dysfunction medicaments like Cialis, check with a physician that they are sure to take with your other drugs. Do not take unwanted medications. Take Cialis to your local chemist’s shop which will dispose of them for you.