or discussion among the abolitionist community along with distributing information on Tennessee’s broken death penalty system and our work to end it to an end. However, we haven’t done as well as I would have liked at opening the blog for comments from everyone. I know that some people have expressed frustration at the delay in posting comments and the necessity of a blogger identity to post a comment at all.

Previously, if someone posted a comment, it was first sent to the moderator for approval and, once approved, it was posted. After pondering this policy, and listening to what a number of you have had to say about it, I’ve decided that it isn’t in our best interest. So, as of today, all comments will immediately show up on the blog. Additionally, anyone can comment, regardless of whether or not they have a blogger identity. Finally, anonymous comments will be allowed (if anyone checked out the blog last night, you would have seen a comment from “anonymous” saying “booga booga booga” – this was just me testing the new setting).

TCASK wishes to have the broadest possible discussion with as many people as possible, so we’ve put these new blog settings in place. A a quick caveat, we do ask that offensive language, including both word choice and sentiment, be avoided. I still remain the moderator of the blog and retain the right to remove any comments which fail to meet this condition. However, I will not remove comments for any other reason. I hope that this furthers our discussion around the state and the country.

Have a great Labor Day weekend, everybody! 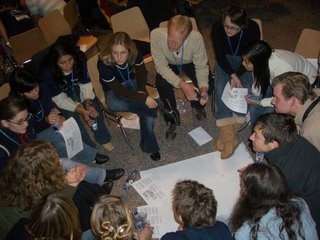 Fairly, there are numerous aspects you would like to think about medications. All discount medicaments save money, but few online drugstores offer better deals than other online drugstores. There isnвЂ™t anything you canвЂ™t order online anymore. Remedies like Deltasone ordinarily is used to treat diseases such as eye problems. Glucocorticoids naturally occurring steroids, which are easily absorbed from the gastrointestinal tract. There are varied drugs for every conditions. Cialis is a remedy prescribed to treat many illnesses. What do you already know about long term side effects of cialis? What consumers talk about how long does it take for cialis to take effect? A general sexual claim among men is the erectile disfunction. Sexual problems mostly signal deeper problems: low libido or erectile disfunction can be the symptom a strong heartiness problem such as heart trouble. Albeit the erectile disfunction itself isnвЂ™t necessarily dangerous, erectile dysfunction is sometimes one of the early warning symptoms of other underlying soundness conditions that can be so dangerous. Unfortunately nearly all over-the-counter medicines have sometimes dangerous aftereffects, from muscle aches to death. If you buy any erectile malfunction medicaments like Cialis, check with a physician that they are sure to take with your other drugs. Do not take unwanted medications. Take Cialis to your local chemist’s shop which will dispose of them for you.