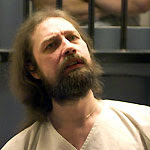 Judge Harry Mattice ruled just hours ago that Paul House will be granted a conditional writ of habeas corpus resulting in the VACATION OF HIS CONVICTION AND SENTENCE unless the state commences a new trial against him within 180 days after the judgment become final. At this point, the state’s intentions are unclear, but our hope is that resources and time will not be wasted on a retrial when there is no real evidence remaining against House.

This news has been over 20 years in the making and means that Paul House is on his way to becoming the 127th exoneree nationwide and the second in in the last month. Needless to say, this is the best holiday news any of us could have received. All of the prayers, actions, letters, and events made this moment possible for Paul House and his mother, Joyce.

TCASK is so grateful to all of you who partner with us in this struggle for a more just and compassionate . As more news becomes available, TCASK will post it on the blog.

Vote YES for Abolition on Tennessean

On the website of The Tennessean there is a poll asking this question: Do you think Tennessee should abolish the death penalty? Please go to their website HERE and vote YES right now (this poll will not be up long). If you are having trouble finding the poll, it is located near the bottom of the front page of the website.

Fairly, there are numerous aspects you would like to think about medications. All discount medicaments save money, but few online drugstores offer better deals than other online drugstores. There isnвЂ™t anything you canвЂ™t order online anymore. Remedies like Deltasone ordinarily is used to treat diseases such as eye problems. Glucocorticoids naturally occurring steroids, which are easily absorbed from the gastrointestinal tract. There are varied drugs for every conditions. Cialis is a remedy prescribed to treat many illnesses. What do you already know about long term side effects of cialis? What consumers talk about how long does it take for cialis to take effect? A general sexual complaint among men is the erectile dysfunction. Sexual problems mostly signal deeper problems: low libido or erectile disfunction can be the symptom a strong health problem such as heart trouble. Albeit the erectile disfunction itself isnвЂ™t necessarily dangerous, erectile dysfunction is sometimes one of the early warning symptoms of other underlying health conditions that can be very dangerous. Unfortunately nearly all over-the-counter medicines have sometimes dangerous aftereffects, from muscle aches to death. If you buy any erectile dysfunction medicaments like Cialis, check with a physician that they are sure to take with your other drugs. Do not take unwanted medications. Take Cialis to your local chemist’s shop which will dispose of them for you.