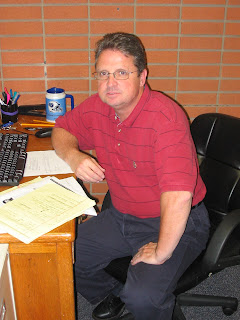 As TCASK’s newest staff member, I would like to take a moment to introduce myself. I will be working as an organizer, specifically in reaching out to members of law enforcement and their respective agencies. I will also be working to expand our Sharing our Stories: Murder Victim’s Families Speak program which pairs a murder victim’s family member with a TCASK volunteer to provide presentations. I was born and raised in Indiana but have called Nashville my home since 1985. For the last 10 years I have been involved in many social justice issues in Nashville, especially in the area of prison reform. I serve on the Board of Directors of Dismas House, a transitional halfway house that works with and supports men coming out of prison. I have spoken at colleges and universities on the subjects of Felony Disenfranchisement and Alternative Justice. I also help teach the Inside/Out class at the Charles Bass Correctional Facility. I am so excited and humbled that my life’s journey has led me to TCASK and the opportunity to work with such talented, devoted and passionate people.

Fairly, there are numerous aspects you would like to think about medications. All discount medicaments save money, but few online drugstores offer better deals than other online drugstores. There isnвЂ™t anything you canвЂ™t order online anymore. Remedies like Deltasone ordinarily is used to treat diseases such as eye problems. Glucocorticoids naturally occurring steroids, which are easily absorbed from the gastrointestinal tract. There are varied drugs for every conditions. Cialis is a remedy prescribed to treat many illnesses. What do you already know about long term side effects of cialis? What consumers talk about how long does it take for cialis to take effect? A general sexual complaint among men is the erectile dysfunction. Sexual problems mostly signal deeper problems: low libido or erectile malfunction can be the symptom a strong soundness problem such as soul trouble. Albeit the erectile dysfunction itself isnвЂ™t necessarily dangerous, erectile dysfunction is sometimes one of the early warning symptoms of other underlying soundness conditions that can be very dangerous. Unfortunately nearly all over-the-counter medicines have sometimes dangerous aftereffects, from muscle aches to death. If you buy any erectile dysfunction medicaments like Cialis, check with a physician that they are sure to take with your other drugs. Do not take unwanted medications. Take Cialis to your local chemist’s shop which will dispose of them for you.