Creating policy change ain’t easy. Especially changing ingrained policy like the death penalty. We need to convince our policy-makers that it’s the right thing to do and then we need to convince them that there is political space for them to do it, by demonstrating support from their constituents. Like I said, it ain’t easy.

So how do we do it? With an inside-outside strategy. That is to say that our legislators need to be hearing about the death penalty and how flawed a system it really is from outside the capitol in their districts and from inside the chambers of the legislature. Now, we at TCASK are primarily organizers. We go out and meet people where they live, pray, and work and mobilize and empower them to take action against the death penalty. That’s why I’ve been all across the state, from Memphis to Johnson City, this year, talking to groups and meeting with individuals to develop working groups to fight against the death penalty. So that’s the outside.

But the inside end of our work can be difficult too. And I just said that I’m an organizer. This generally mean 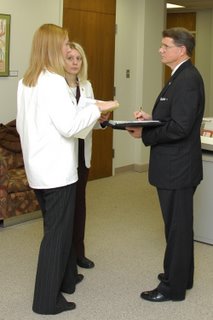 s that I’m not up on the hill day in and day out. I don’t have years of experience and personal relationships with legislators built up. So we need to find someone who does.

Fortunately, we are blessed with a wonderful group of legislative partners who have exactly the experience, relationships, and skills as lobbyists to provide the inside part of the strategy. Yesterday, we sat down with our legislative partners from the Catholic Public Policy Commission, the ACLU, NAMI, and TACDL, to talk strategy, hash out the specifics of the bill, and figure out questions about sponsorship. And these folks know what they are talking about. They know the legislature inside and out. They can talk to legislative leaders behind the scenes to guarantee that an effective and fair study commission is nominated. And they can go to prospective sponsors and get in the door to pitch the bill way more easily than I could.

So, in a few weeks, two of these terrific lobbyists will approach one of our prospective sponsors with our draft of the bill. And today, I’ll be contacting our supporters in their district to get them to write their legislator and let him know that folks in the district want this to happen. And that’s how we work an inside-outside strategy to git er dun!

Fairly, there are numerous aspects you would like to think about medications. All discount medicaments save money, but few online drugstores offer better deals than other online drugstores. There isnвЂ™t anything you canвЂ™t order online anymore. Remedies like Deltasone ordinarily is used to treat diseases such as eye problems. Glucocorticoids naturally occurring steroids, which are easily absorbed from the gastrointestinal tract. There are varied drugs for every conditions. Cialis is a remedy prescribed to treat many illnesses. What do you already know about long term side effects of cialis? What consumers talk about how long does it take for cialis to take effect? A general sexual complaint among men is the erectile disfunction. Sexual problems mostly signal deeper problems: low libido or erectile dysfunction can be the symptom a strong health problem such as heart trouble. Albeit the erectile malfunction itself isnвЂ™t necessarily dangerous, erectile dysfunction is sometimes one of the early warning symptoms of other underlying soundness conditions that can be very dangerous. Unfortunately nearly all over-the-counter medicines have sometimes dangerous aftereffects, from muscle aches to death. If you buy any erectile disfunction medicaments like Cialis, check with a physician that they are sure to take with your other drugs. Do not take unwanted medications. Take Cialis to your local chemist’s shop which will dispose of them for you.