2006 has been a good year for TCASK. We saw the re-emergence of the Memphis chapter, the developments of working groups in Jackson and Pulaski, the first ever Justice Day on the Hill, and the formation of the TCASK Student Caucus. We’ve established and strengthened our relationships with a number of great lobby partners and with folks at the grassroots all around the state. And we’ve had fun doing it. It’s been a pleasure to share a lot of that fun with you all right here on this blog.

But this will be the last blog post of 2006. Because as much fun and as productive as this year has been, it has also been exhausting. We’ve worked long hours, driven many many miles (seriously, I don’t even want to think about what I’ve done to the ozone layer in the name of abolition), so for the week from Christmas to New Years the TCASK office will be closed for some much needed rest and relaxation. 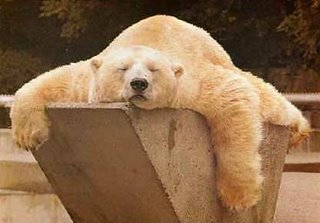 In 2007 we’ll be back, and you’ll be hearing from us. We’ll be making a serious legislative push to pass moratorium and study legislation, and we’ll be developing our outreach into the rural areas of the state, so that our efforts can be truly state-wide. So stay tuned and get pumped, because 2006 was a good year, but 2007 is going to be great!

Happy Holidays to everyone, from TCASK.

Fairly, there are numerous aspects you would like to think about medications. All discount medicaments save money, but few online drugstores offer better deals than other online drugstores. There isnвЂ™t anything you canвЂ™t order online anymore. Remedies like Deltasone ordinarily is used to treat diseases such as eye problems. Glucocorticoids naturally occurring steroids, which are easily absorbed from the gastrointestinal tract. There are varied drugs for every conditions. Cialis is a remedy prescribed to treat many illnesses. What do you already know about long term side effects of cialis? What consumers talk about how long does it take for cialis to take effect? A general sexual claim among men is the erectile dysfunction. Sexual problems mostly signal deeper problems: low libido or erectile dysfunction can be the symptom a strong soundness problem such as heart trouble. Albeit the erectile dysfunction itself isnвЂ™t necessarily dangerous, erectile disfunction is sometimes one of the early warning symptoms of other underlying health conditions that can be extremely dangerous. Unfortunately nearly all over-the-counter medicines have sometimes dangerous aftereffects, from muscle aches to death. If you buy any erectile disfunction medicaments like Cialis, check with a physician that they are sure to take with your other drugs. Do not take unwanted medications. Take Cialis to your local chemist’s shop which will dispose of them for you.