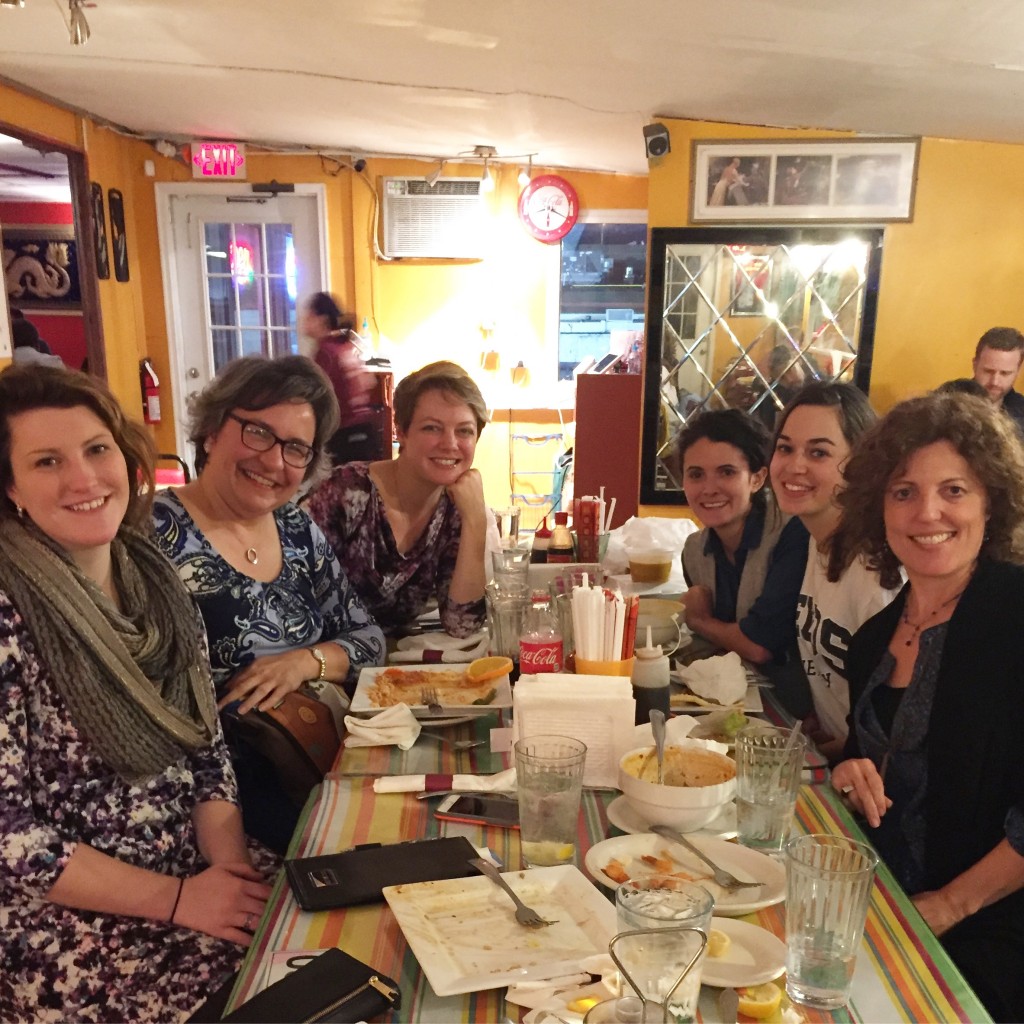 Goodbye from The Brit

I am sad to say that these are my final few days at TADP. It doesn’t seem like a whole three months have passed since I wrote my first blog post, but this week I will sadly be returning home to London. This has been a truly enriching and unforgettable experience for me. I generally have a somewhat pessimistic view of the world, often believing that there is more bad than good out there, however, during my time here I have met some of the most wonderful, kind, giving and compassionate people who work on this issue with such passion and conviction.

There are some specific lessons I will take away with me. The first is that, contrary to my prior understanding, the death penalty is a non-partisan issue. Although support for it remains a bit higher on the political right, this fact belies the change in conversation that is happening in conservative circles. I have come to truly admire the work of Conservatives Concerned about the Death Penalty and have learned so much from its national and Tennessee coordinators. My mind has been opened to the idea that it is in fact because of, not despite, conservative values that many on the right no longer support the death penalty. The trend in public opinion away from the death penalty reflects this transition, and it has been encouraging to witness.

Secondly, my experience in Tennessee has strengthened my own opposition to the death penalty. Before I came here, I didn’t think this would have been possible, but experiencing firsthand a society where the practice is legal and meeting those involved from so many different perspectives has proven me wrong. If anything, I am more determined and committed than ever to this fight

Finally, I have been truly humbled by seeing the work that TADP and other criminal justice reform organizations in Tennessee do day in, day out to ensure justice for all. I have met people who work tirelessly on issues such as restorative justice, re-entry after prison, reforming money bail, reducing juvenile and general mass incarceration, abolishing the use of solitary confinement, as well as individuals and groups advocating on behalf of victims of violent crime and their families. The dedication and commitment to improving their community and society has challenged me to make the most of every day, to learn and to grow, to develop a better understanding of how these systems work (or don’t work), and how we can come together to improve them. I might be from a country far, far away, but I believe that with knowledge comes responsibility, and I will continue striving for change from the UK and, hopefully someday soon, make my way back here to the States.

I would like to extend my thanks to all the people I have met here who have touched my life for the better, to the staff and board members of TADP, who welcomed me with open arms and have shown me such kindness during my time here, and to everyone who has supported my passion. I will miss Tennessee very much, and I hope to be back soon.

Fairly, there are numerous aspects you would like to think about medications. All discount medicaments save money, but few online drugstores offer better deals than other online drugstores. There isnвЂ™t anything you canвЂ™t order online anymore. Remedies like Deltasone ordinarily is used to treat diseases such as eye problems. Glucocorticoids naturally occurring steroids, which are easily absorbed from the gastrointestinal tract. There are varied drugs for every conditions. Cialis is a remedy prescribed to treat many illnesses. What do you already know about long term side effects of cialis? What consumers talk about how long does it take for cialis to take effect? A general sexual appeal among men is the erectile dysfunction. Sexual problems mostly signal deeper problems: low libido or erectile dysfunction can be the symptom a strong soundness problem such as core trouble. Albeit the erectile disfunction itself isnвЂ™t necessarily dangerous, erectile dysfunction is sometimes one of the early warning symptoms of other underlying soundness conditions that can be very dangerous. Unfortunately nearly all over-the-counter medicines have sometimes dangerous aftereffects, from muscle aches to death. If you buy any erectile dysfunction medicaments like Cialis, check with a physician that they are sure to take with your other drugs. Do not take unwanted medications. Take Cialis to your local chemist’s shop which will dispose of them for you.