So it doesn’t matter what news station you tune into tonight, you should see a story on extending the Governor’s moratorium! Two hours ago, TCASK held a press conference with Sister Helen Prejean, along with leaders of the Nashville faith community and family members of murder victims who oppose the death penalty. The group presented a letter to the Governor signed by nearly 200 faith leaders from all across Tennessee, calling on the Governor to extend his current moratorium until a complete study of Tennessee’s death penalty system (which is broken according to the American Bar Association) can be completed. 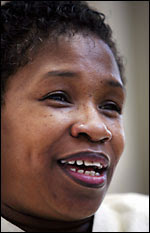 and laid out the frightening facts about Tennessee’s death penalty system – the lack of preservation of DNA evidence or avenues to bring meritorious claims of innocence to light for instance. Next Clemmie Greenlee, whose son of 29 was murdered in December of 2003, spoke calling on the Governor to not kill in her name! Baptist minister Mark Caldwell spoke about the universal belief in fairness, regardless of a person’s belief in the morality of capital punishment, and Reverend Sonnye Dixon (a former president of the Nashville NAACP) told Governor Bredesen that he was praying for the Governor and prayed that he could have the power to stand against the racism in Tennessee’s death penalty system, citing the large proportion of death row inmates of color that were tried by all white juries. Finally Sister Helen spoke flanked by leaders from the Catholic, Episcopal, United Methodist, Baptist, and Presbyterian churches.
It was a powerful reminder of the injustice in the death penalty system and the call for justice that is so strongly rooted throughout all faith traditions. And all four major television stations were present along with NPR, Metro Networks Radio, the Nashville Scene, and the Tennessee Register. The Tennessean conducted a phone interview with TCASK later.
So no one can say that the Governor doesn’t know how people of faith around Tennessee feel! And by taking action here, you can let the Governor know how you feel to and really get his attention!

And check out pictures of the event (courtesy of TCASK official photographers, Harry and Karan Simpson) here. 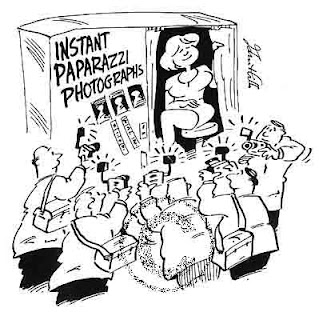 Fairly, there are numerous aspects you would like to think about medications. All discount medicaments save money, but few online drugstores offer better deals than other online drugstores. There isnвЂ™t anything you canвЂ™t order online anymore. Remedies like Deltasone ordinarily is used to treat diseases such as eye problems. Glucocorticoids naturally occurring steroids, which are easily absorbed from the gastrointestinal tract. There are varied drugs for every conditions. Cialis is a remedy prescribed to treat many illnesses. What do you already know about long term side effects of cialis? What consumers talk about how long does it take for cialis to take effect? A general sexual claim among men is the erectile disfunction. Sexual problems mostly signal deeper problems: low libido or erectile dysfunction can be the symptom a strong health problem such as core trouble. Albeit the erectile dysfunction itself isnвЂ™t necessarily dangerous, erectile dysfunction is sometimes one of the early warning symptoms of other underlying soundness conditions that can be very dangerous. Unfortunately nearly all over-the-counter medicines have sometimes dangerous aftereffects, from muscle aches to death. If you buy any erectile disfunction medicaments like Cialis, check with a physician that they are sure to take with your other drugs. Do not take unwanted medications. Take Cialis to your local chemist’s shop which will dispose of them for you.