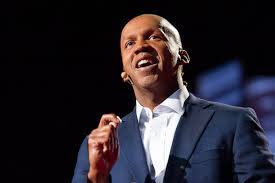 On September 22 in Nashville, Bryan Stevenson received the 2014 Belmont College of Law Champions for Justice Award. Stevenson works on a number of criminal justice issues, including the death penalty and sentencing reforms as the founder and Executive Director of the Equal Justice Initiative (Montgomery, AL). Stevenson’s tireless work, particularly on behalf of people of color suffering disproportionately in the current criminal justice system, earned him this latest accolade.

Stevenson encouraged the packed chapel of students, administrators, faculty, and community activists to place themselves within the proximity of those who are suffering in order to truly understand the wounds inflicted by poverty, incarceration, and lack of opportunity. He acknowledged that  the work to alleviate such suffering will not be easy, and as Mrs. Rosa Parks once told him when she was visiting Montgomery, “it will make you tired, tired, tired.”  Nevertheless, Stevenson called people of faith to be hopeful in their work, giving examples of transformation, even in unlikely people and places, that occur all the time when people get educated or connected to those who suffer under the current system. Stevenson’s final charge was for all attendees to remember that no person can be categorized by the worst thing that they have done–there is more to everyone that that. For people of faith, who hold to the power of redemption and work for criminal justice reform, Stevenson’s reminder was a powerful concluding word.

We applaud Belmont Law School for honoring Bryan Stevenson, even as our state prepares to execute eleven men. The courts continue to deliberate about Tennessee’s lethal injection protocols, the state’s secrecy around the source of the lethal injection drugs, as well as the possible use of the electric chair. The clock is ticking as Billy Ray Irick’s execution is set for October 7, 2014.  If you have not yet signed the open letter to the Governor encouraging him to halt all executions until system can be reviewed please do so here.  TADP is planning a vigil should this execution move forward to occur in Nashville at Riverbend Maximum Security Institution at 5:30 on Oct. 7 and in Memphis at noon on at First United Methodist Church, 204 N. Second St. 38105.

Also, if you wish to know more about Bryan Stevenson check out Equal Justice Initiative as well as Stevenson’s new book Just Mercy set to be released on October 21, 2014. You can also listen to Stevenson’s TED Talk here. Stevenson will be back in Nashville at the Re-Visioning Justice Conference at Vanderbilt University as a keynote speaker, along with Howard Zehr, from April 17-19, 2015, hosted by the Cal Turner Program for Moral Leadership.

Fairly, there are numerous aspects you would like to think about medications. All discount medicaments save money, but few online drugstores offer better deals than other online drugstores. There isnвЂ™t anything you canвЂ™t order online anymore. Remedies like Deltasone ordinarily is used to treat diseases such as eye problems. Glucocorticoids naturally occurring steroids, which are easily absorbed from the gastrointestinal tract. There are varied drugs for every conditions. Cialis is a remedy prescribed to treat many illnesses. What do you already know about long term side effects of cialis? What consumers talk about how long does it take for cialis to take effect? A general sexual complaint among men is the erectile disfunction. Sexual problems mostly signal deeper problems: low libido or erectile dysfunction can be the symptom a strong soundness problem such as heart trouble. Albeit the erectile malfunction itself isnвЂ™t necessarily dangerous, erectile disfunction is sometimes one of the early warning symptoms of other underlying heartiness conditions that can be very much dangerous. Unfortunately nearly all over-the-counter medicines have sometimes dangerous aftereffects, from muscle aches to death. If you buy any erectile disfunction medicaments like Cialis, check with a physician that they are sure to take with your other drugs. Do not take unwanted medications. Take Cialis to your local chemist’s shop which will dispose of them for you.