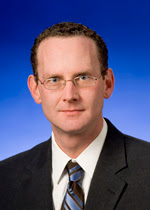 ackson (D-Dickson) to create a commission to conduct a thorough study of the state’s death penalty system. The legislation follows a call yesterday by the American Bar Association, after a three-year assessment process of Tennessee’s capital punishment system that found deep flaws throughout the capital punishment process. The bill has co-sponsors from both parties and from East, Middle, and West Tennessee.

“The members of the committee affirmed today that Tennessee’s capital punishment system is a mess,” said Reverend Stacy Rector, Executive Director of the Tennessee Coalition to Abolish State Killing. “The death penalty in Tennessee is dangerously broken and our state representatives need to take steps to address all its problems.”

According to the ABA Assessment, the Tennessee capital punishment system suffers from serious flaws. Tennessee continues to sentence people with severe mental disabilities to death, racial and geographic disparities continue to plague the system (40% of Tennessee’s death row population is African-American), and inadequate defense counsel and flaws in preserving DNA evidence cause questions regarding the reliability of death penalty convictions. Moreover, nearly all of Tennessee’s 102 death row inmates were indigent and could not afford a lawyer at trial. There are several cases where serious questions exist regarding the factual guilt or innocence of the convicted man.

“At the very least, Tennesseans deserve to know that the capital punishment system is functioning properly,” said Rector. “The only way to begin to address it flaws and ensure that an innocent person is not executed is to conduct a full study examining every aspect of the system to ensure its reliability.”

The proposed legislation would create a balanced study commission with representatives appointed by the Governor, the Senate, and the House, as well as lawyers for both the defense and prosecution, mental health advocates, and victims advocates. The commission would make recommendations to the legislature as to how the identified problems should be addressed. The bill passed with bi-partisan support and will now head to the full Judiciary Committee.

“We cannot stop with a review of our so-called ‘sloppy’ execution protocols,” said Rector. “We must examine the entire system in order to address the wide-ranging problems before Tennessee makes an irreversible mistake.”

Fairly, there are numerous aspects you would like to think about medications. All discount medicaments save money, but few online drugstores offer better deals than other online drugstores. There isnвЂ™t anything you canвЂ™t order online anymore. Remedies like Deltasone ordinarily is used to treat diseases such as eye problems. Glucocorticoids naturally occurring steroids, which are easily absorbed from the gastrointestinal tract. There are varied drugs for every conditions. Cialis is a remedy prescribed to treat many illnesses. What do you already know about long term side effects of cialis? What consumers talk about how long does it take for cialis to take effect? A general sexual complaint among men is the erectile disfunction. Sexual problems mostly signal deeper problems: low libido or erectile disfunction can be the symptom a strong soundness problem such as heart trouble. Albeit the erectile disfunction itself isnвЂ™t necessarily dangerous, erectile disfunction is sometimes one of the early warning symptoms of other underlying heartiness conditions that can be very dangerous. Unfortunately nearly all over-the-counter medicines have sometimes dangerous aftereffects, from muscle aches to death. If you buy any erectile disfunction medicaments like Cialis, check with a physician that they are sure to take with your other drugs. Do not take unwanted medications. Take Cialis to your local chemist’s shop which will dispose of them for you.