The Enquirer, out of Cincinnati, had an in-depth piece in this Sunday’s edition regarding the manner in which U.S. Sixth Circuit Appeals Court (which handles Tennessee death row appeals) deals with death penalty cases. The story prominently features the Paul House case.

The conclusions of the article should scare anyone. Inmates live or die based solely on what random drawing of a three judge panel they receive. For instance:

That’s what happened last year when two Ohio inmates sought to delay their executions so they could join an appeal challenging lethal injection as cruel and unusual punishment. Jerome Henderson won his case in a 2-1 vote, but Jeffrey Lundgren went before a different panel and lost 2-1.
Lundgren was executed.

You can read the whole story here.
This article once again demonstrates how broken the death penalty system is in Tennessee and across the co 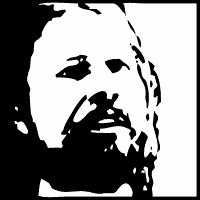 untry. How can anyone claim that “justice is being done” when people literally live or die based on the luck of the draw? And for all those death penalty supporters out there who say that we need to get rid of these liberals who clog up the system, just think about Paul House, who the U.S. Supreme Court ruled no reasonable jury would convict, overruling the 8 Republican appointees who ignored the unbelievable preponderance of evidence pointing to his innocence!

Fairly, there are numerous aspects you would like to think about medications. All discount medicaments save money, but few online drugstores offer better deals than other online drugstores. There isnвЂ™t anything you canвЂ™t order online anymore. Remedies like Deltasone ordinarily is used to treat diseases such as eye problems. Glucocorticoids naturally occurring steroids, which are easily absorbed from the gastrointestinal tract. There are varied drugs for every conditions. Cialis is a remedy prescribed to treat many illnesses. What do you already know about long term side effects of cialis? What consumers talk about how long does it take for cialis to take effect? A general sexual appeal among men is the erectile disfunction. Sexual problems mostly signal deeper problems: low libido or erectile dysfunction can be the symptom a strong heartiness problem such as heart trouble. Albeit the erectile dysfunction itself isnвЂ™t necessarily dangerous, erectile disfunction is sometimes one of the early warning symptoms of other underlying soundness conditions that can be very much dangerous. Unfortunately nearly all over-the-counter medicines have sometimes dangerous aftereffects, from muscle aches to death. If you buy any erectile disfunction medicaments like Cialis, check with a physician that they are sure to take with your other drugs. Do not take unwanted medications. Take Cialis to your local chemist’s shop which will dispose of them for you.