What’s in a Name?

The legislative session is fast approaching. Seriously, tomorrow is Thanksgiving, and then we come back and have just a few weeks before Christmas, and then we party on New Year’s and just as we’re recovering, BANG! the session is off and running. Which means, if you haven’t set up a meeting with your legislator yet to talk about the dangerous inherent flaws in the capital punishment system, you should get on that, but it also means that for us in the state office, we need to get together with our legislative partners and plot out our strategy to pass legislation this session!

So on Monday, I’ll meet with our legislative partners (there are a lot of folks interested in the death penalty, by the way, including The Catholic Public Policy Commission, the ACLU, the Tennessee Association of Criminal Defense Lawyers, the National Alliance on 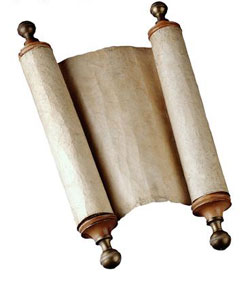 Mental Illness, the Tennessee Justice Project, and the NAACP) and we’ll go over our bill, our work to pass it, and our potential legislative allies and opposition. What does that mean? It means that today I am re-working or bill after having asked some wonderful people at Equal Justice USA and New Jerseyans for Alternatives to the Death Penalty for some feedback. Then I’ll present those changes to our legislative partners and we’ll begin our work.

Crafting a moratorium bill can be difficult as we want to find common ground with as many other groups as possible and ensure that the people who are not abolitionists (TACDL, NAMI, the Justice Project) can support the bill and get behind it. What do we call the bill? Because that’s the name that legislators will hear. We want the title to include words that everyone can get behind, words like justice, fairness, and equality. Those are universal ideals that we can all agree on. The moratorium bill from last year did this somewhat, but I think that we can do it more effectively in this year’s draft – the one that’s going to pass. And we want to ensure that the study commission is a fair one, with all the key players and experts involved, and will look at all the necessary documents in order to generate a truly complete report on the system.

So buckle up, because the session is going to start and it’s going to be time for TCASK activists to hit the phones, the internet, and the halls of the legislature to let our representatives know that it is time to stand up for justice!

Fairly, there are numerous aspects you would like to think about medications. All discount medicaments save money, but few online drugstores offer better deals than other online drugstores. There isnвЂ™t anything you canвЂ™t order online anymore. Remedies like Deltasone ordinarily is used to treat diseases such as eye problems. Glucocorticoids naturally occurring steroids, which are easily absorbed from the gastrointestinal tract. There are varied drugs for every conditions. Cialis is a remedy prescribed to treat many illnesses. What do you already know about long term side effects of cialis? What consumers talk about how long does it take for cialis to take effect? A general sexual complaint among men is the erectile disfunction. Sexual problems mostly signal deeper problems: low libido or erectile disfunction can be the symptom a strong health problem such as heart trouble. Albeit the erectile disfunction itself isnвЂ™t necessarily dangerous, erectile disfunction is sometimes one of the early warning symptoms of other underlying soundness conditions that can be very much dangerous. Unfortunately nearly all over-the-counter medicines have sometimes dangerous aftereffects, from muscle aches to death. If you buy any erectile malfunction medicaments like Cialis, check with a physician that they are sure to take with your other drugs. Do not take unwanted medications. Take Cialis to your local chemist’s shop which will dispose of them for you.