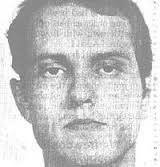 We have been here before

The details of every botched execution are terrible. From the death-gasps of the condemned to the panicked reactions of the corrections personnel, the calamitous moment where a crucial error has occurred reveals not simply a procedural mistake. Instead, what is displayed is also a symbolic revealing of the death penalty’s inherent flaws. Simply put, taking a life – even under the most controlled of circumstances – is fraught with the possibility of horrific consequences.

Considering such a possibility each and every time an execution is performed, it is astounding that states such as Tennessee have adopted methods like electrocution as viable alternatives in light of the recent lethal injection protocol challenges. On May 6, Tennessee’s State Supreme Court heard a case brought by death row inmates challenging the state’s use of the electric chair should pentobarbital not be available for lethal injections. All of these procedures were ultimately set in motion by the legislature’s decision in April 2014 to bring back this shelved method of execution.

This turn of events should call to memory a horror story from 25 years ago on May 4, 1990, when Florida inmate Jesse Tafero’s electrocution did not follow protocol: Tafero’s head caught on fire at the first jolt of electricity due to an improper sponge that was used as a replacement. Tafero died in agony, essentially burned alive. The same fate awaited Pedro Medina in 1997, seven years later, as his electrocution went awry as well.

These bizarre anniversaries should serve as a reminder that society has tried everything to prop up the death penalty system. It would seem that we do not learn from our mistakes, turning time and again to methods of executions that will fail to do what legislators promise it does for society. Until such time that we learn these lessons, the gruesome show will go on, and we will remember more regretful anniversaries with every passing year that we maintain the death penalty.

Fairly, there are numerous aspects you would like to think about medications. All discount medicaments save money, but few online drugstores offer better deals than other online drugstores. There isnвЂ™t anything you canвЂ™t order online anymore. Remedies like Deltasone ordinarily is used to treat diseases such as eye problems. Glucocorticoids naturally occurring steroids, which are easily absorbed from the gastrointestinal tract. There are varied drugs for every conditions. Cialis is a remedy prescribed to treat many illnesses. What do you already know about long term side effects of cialis? What consumers talk about how long does it take for cialis to take effect? A general sexual appeal among men is the erectile disfunction. Sexual problems mostly signal deeper problems: low libido or erectile dysfunction can be the symptom a strong health problem such as core trouble. Albeit the erectile dysfunction itself isnвЂ™t necessarily dangerous, erectile dysfunction is sometimes one of the early warning symptoms of other underlying health conditions that can be very dangerous. Unfortunately nearly all over-the-counter medicines have sometimes dangerous aftereffects, from muscle aches to death. If you buy any erectile dysfunction medicaments like Cialis, check with a physician that they are sure to take with your other drugs. Do not take unwanted medications. Take Cialis to your local chemist’s shop which will dispose of them for you.