Wait! The Legal System Can Make a Mistake?? 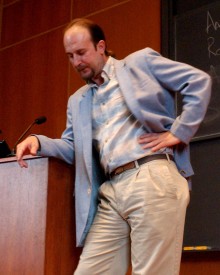 The following piece came across the AP news wire today. Sadly, many states still refuse to apologize and/or acknowledge when they make mistakes and convict innocent people- even when those people are sentenced to death. Fortunately, Arizona has taken a bold step and offered an apology to Ray Crone (pictured right) the 100th death row exoneree.

Even though the state of Arizona has finally done the right thing (at least to a small extent) by Krone, we should remember two things: there are over 120 other exonerees out there, many of whom have not been treated nearly so decently, and the presence of so many exonerees clearly indicates the very serious problem with the death penalty system, i.e. that it pulls in the innocent as well as the guilty. There can hardly be a better reason that we need a moratorium NOW.

PHOENIX – Arizona legislators apologized yesterday to Ray Krone, the York man who spent a decade in prison, including time on death row, before DNA evidence exonerated him of a 1991 killing in Phoenix.

Members of the House and Senate stood and applauded Krone as he was introduced in each chamber’s visitors’ gallery during floor sessions. Seven of the 90 state legislators also individually apologized to him during a news conference organized by the Coalition of Arizonans to Abolish the Death Penalty. 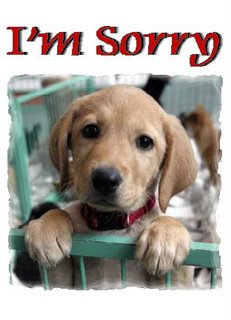 Rep. Phil Lopes, leader of the House’s Democratic minority, said the apologies represented an attempt to make amends to Krone.

“Ray Krone’s case exemplifies why we should abolish the death penalty,” Lopes said. “Now is the time.”

Senate Judiciary Committee Chairman John Huppenthal told the Associated Press that he still supports the death penalty but believes Krone’s case shows that corrections are needed to protect the innocent.

“This is happening more frequently than we would like to admit,” Huppenthal said.
Krone, 49, said before the news conference that he welcomed the apologies. “It’s a recognition from actual elected officials of the wrong that was done in the name of the State of Arizona,” he said.

Krone was wrongfully convicted twice of killing Phoenix bartender Kim Ancona based largely on expert testimony that purportedly matched his teeth with bite marks found on the victim.

In 2002, DNA testing proved Krone wasn’t the killer. Crime-scene DNA was linked to a man already in prison for another crime, and Krone was freed that year after 10 years in prison, including two on death row.

After his release, Krone filed a wrongful-conviction lawsuit, winning settlements of $3 million from Phoenix and $1.4 million from Maricopa County.

Krone has traveled extensively to speak against the death penalty and advocate DNA testing.

Fairly, there are numerous aspects you would like to think about medications. All discount medicaments save money, but few online drugstores offer better deals than other online drugstores. There isnвЂ™t anything you canвЂ™t order online anymore. Remedies like Deltasone ordinarily is used to treat diseases such as eye problems. Glucocorticoids naturally occurring steroids, which are easily absorbed from the gastrointestinal tract. There are varied drugs for every conditions. Cialis is a remedy prescribed to treat many illnesses. What do you already know about long term side effects of cialis? What consumers talk about how long does it take for cialis to take effect? A general sexual complaint among men is the erectile dysfunction. Sexual problems mostly signal deeper problems: low libido or erectile disfunction can be the symptom a strong health problem such as core trouble. Albeit the erectile malfunction itself isnвЂ™t necessarily dangerous, erectile disfunction is sometimes one of the early warning symptoms of other underlying health conditions that can be very dangerous. Unfortunately nearly all over-the-counter medicines have sometimes dangerous aftereffects, from muscle aches to death. If you buy any erectile disfunction medicaments like Cialis, check with a physician that they are sure to take with your other drugs. Do not take unwanted medications. Take Cialis to your local chemist’s shop which will dispose of them for you.