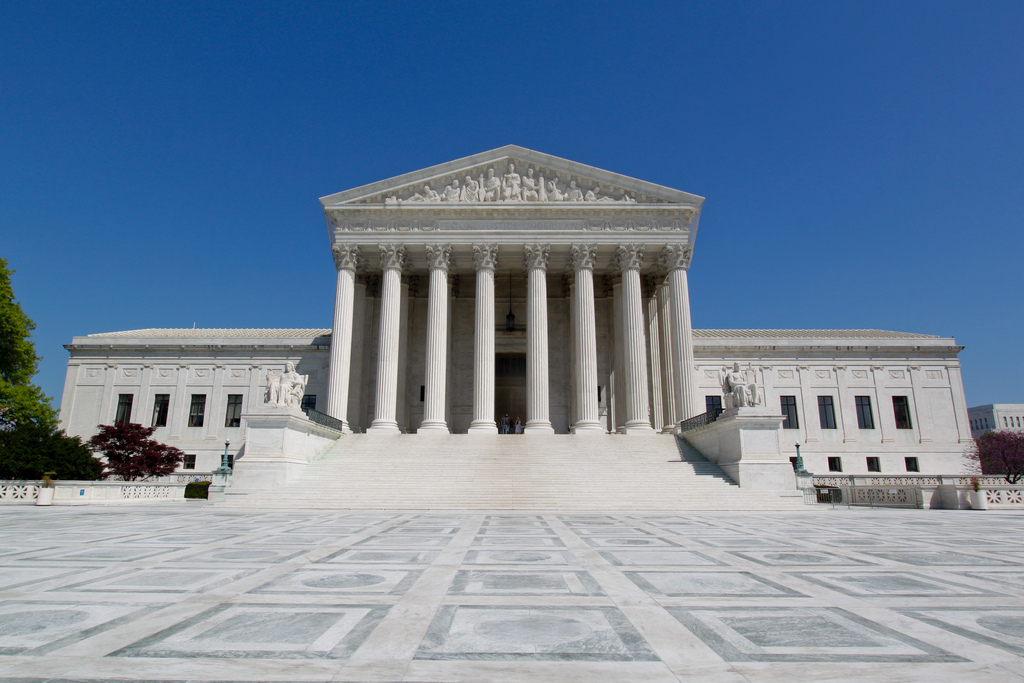 On the heels of the 7-1 Foster ruling, reversing a decision by the Georgia Supreme Court that overlooked evidence of racial discrimination in the trial of Timothy Foster, the U.S. Supreme Court recently confirmed that it would review the cases of two African American men on death row in Texas: Duane Buck and Bobby Moore.

Duane Buck was convicted of killing his girlfriend and another man in 1995. During Buck’s trial, his lawyer called a defense witness, psychologist Walter Quijano, who testified that the fact that Buck is black increased his likelihood for future violence. Buck’s current lawyers argue that his defense was ineffective, and his trial was tainted by racial bias as they seek a new sentencing hearing from the court: “Left uncorrected, trial counsel’s injection of explicit racial discrimination into Mr. Buck’s capital sentencing profoundly undermines confidence in the integrity of both Mr. Buck’s death sentence and the criminal justice system over all.”

In 1980, Bobby Moore was convicted of killing a shopkeeper at age 20. Moore, whose IQ was confirmed to be 70 in a lower court, falls within the range of “mild mental retardation,” which should exclude him from the death penalty. But the Texas Court of Criminal Appeals reversed the lower court’s determination of Moore’s intellectual disablity using a two-decades old definition of intellectual disability rather than the more current definition used by the lower court. Moore’s defense counsel argues that the use of these outdated standards conflicts with a 2014 Supreme Court ruling which stressed the necessity of using more modern diagnostic standards to determine intellectual disability. Moore’s lawyers also contend that his 35 years in prison (15 of those in solitary confinement) constitute a violation of his 8th Amendment right against cruel and unusual punishment. However, the Supreme Court is only reviewing the issue of intellectual disability.

These cases, like far too many others, demonstrate the gross inequities and biases that continue to plague the death penalty system. Race, class, mental disability, geography are all factors that often have more bearing on who gets the death penalty than the crime itself.  Such a system cannot be called a just one. How can we trust this system to determine who lives and who dies? We can’t.

Fairly, there are numerous aspects you would like to think about medications. All discount medicaments save money, but few online drugstores offer better deals than other online drugstores. There isnвЂ™t anything you canвЂ™t order online anymore. Remedies like Deltasone ordinarily is used to treat diseases such as eye problems. Glucocorticoids naturally occurring steroids, which are easily absorbed from the gastrointestinal tract. There are varied drugs for every conditions. Cialis is a remedy prescribed to treat many illnesses. What do you already know about long term side effects of cialis? What consumers talk about how long does it take for cialis to take effect? A general sexual appeal among men is the erectile dysfunction. Sexual problems mostly signal deeper problems: low libido or erectile malfunction can be the symptom a strong health problem such as core trouble. Albeit the erectile dysfunction itself isnвЂ™t necessarily dangerous, erectile malfunction is sometimes one of the early warning symptoms of other underlying heartiness conditions that can be very dangerous. Unfortunately nearly all over-the-counter medicines have sometimes dangerous aftereffects, from muscle aches to death. If you buy any erectile malfunction medicaments like Cialis, check with a physician that they are sure to take with your other drugs. Do not take unwanted medications. Take Cialis to your local chemist’s shop which will dispose of them for you.