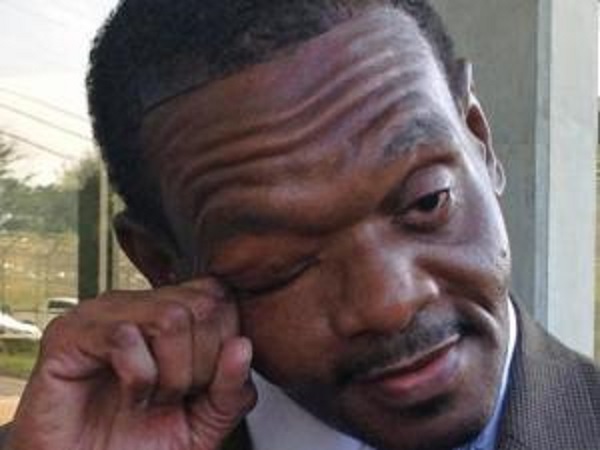 On Tuesday, Henry Lee McCollum and Leon Brown walked out of a North Carolina prison where they had spent the last 30 years. McCollum, the state’s longest serving death row inmate was freed after DNA connected the crime to someone else. He had been on death row for over three decades – since he was 19 years old. Leon Brown, McCollum’s brother, was also released.

The only evidence tying McCollum and Brown to the crime were coerced confessions that law enforcement obtained from the disabled teens (who, even as adults, have the intellectual ability of children)–the only evidence tying them to the crime. McCollum first told police that he knew nothing about the murder, but at 2 a.m. on Sept. 29, 1983, after five hours of intense interrogation, he signed a confession written by police. Soon after, his younger brother, Brown, also confessed.

McCollum and Brown were originally prosecuted by Robeson County District Attorney Joe Freeman Britt, whose nickname “World’s Deadliest DA” was earned after he won nearly 50 death sentences during his 12 year career as chief prosecutor. At that time, there were no laws exempting juveniles or those with intellectual
disabilities from the death penalty.

In 1991, courts granted the brothers new trials because of improper jury instructions. Brown’s murder charge was dismissed, but he was convicted of rape and given a life sentence. McCollum was again convicted of murder and sentenced to death.

In 1994, When the Supreme Court decided not to review a death row case out of Texas, Justice Harry A. Blackmun dissented, arguing the death penalty was cruel and unusual and therefore unconstitutional.
Scalia responded to Blackmun’s dissent by referencing the McCollum case and arguing that the death penalty was appropriate for the most heinous crimes, “For example, the case of an 11-year-old girl raped by four men and then killed by stuffing her panties down her throat,” Scalia wrote in Collins v. Collins. “How enviable a quiet death by lethal injection compared with that!”

Justice Scalia’s “case in point” for the use of the death penalty in the U.S. is now a “case in point,” for why the system cannot be trusted to determine who lives and who dies as McCollum and Brown become the 145th and 146th individuals exonerated and freed from death row nationwide.

Had it not been for unrelated execution delays in the state of North Carolina, these men would likely have already been executed. Read more about these exonerations.

Fairly, there are numerous aspects you would like to think about medications. All discount medicaments save money, but few online drugstores offer better deals than other online drugstores. There isnвЂ™t anything you canвЂ™t order online anymore. Remedies like Deltasone ordinarily is used to treat diseases such as eye problems. Glucocorticoids naturally occurring steroids, which are easily absorbed from the gastrointestinal tract. There are varied drugs for every conditions. Cialis is a remedy prescribed to treat many illnesses. What do you already know about long term side effects of cialis? What consumers talk about how long does it take for cialis to take effect? A general sexual complaint among men is the erectile dysfunction. Sexual problems mostly signal deeper problems: low libido or erectile disfunction can be the symptom a strong health problem such as soul trouble. Albeit the erectile dysfunction itself isnвЂ™t necessarily dangerous, erectile dysfunction is sometimes one of the early warning symptoms of other underlying soundness conditions that can be so dangerous. Unfortunately nearly all over-the-counter medicines have sometimes dangerous aftereffects, from muscle aches to death. If you buy any erectile dysfunction medicaments like Cialis, check with a physician that they are sure to take with your other drugs. Do not take unwanted medications. Take Cialis to your local chemist’s shop which will dispose of them for you.