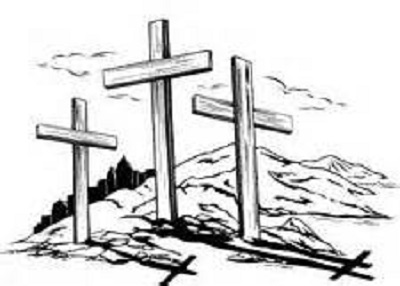 The Cross and the Chair

As Christians prepare for Good Friday, Tennessee’s legislature is marking the occasion by making the electric chair the state’s method of execution if lethal injection is deemed unconstitutional or if the essential ingredients to carry out the lethal injection process are unavailable.

Needless to say the irony of the passage of the “Capital Punishment Enforcement Act” during the same week Jesus himself was executed by a Roman capital punishment enforcement act is profound. And the fact this action comes the same week that New Hampshire’s legislature is closer than ever to repeal only compounds the irony.

It would be easy for those of us in Tennessee who long for the death penalty’s demise to lose heart given this bill’s passage.  But we shouldn’t.

This tragic attempt to “fix” the system actually demonstrates exactly what we have been saying: citizens are growing more and more  frustrated with the state of the death penalty system and want to see change. However, this particular change is likely to only make things worse, creating an even longer and more expensive process with the inevitable litigation that will accompany this legislation.

In fact, such legislative “fixes” aren’t unprecedented in other states that have finally repealed the death penalty.

In 1995, Connecticut passed legislation that attempted to speed up the death penalty process and make the system more workable.  It did neither, and frustration continued until repeal was achieved in 2012.

In 2009, the Maryland legislature attempted to make sure the death penalty did not result in the execution of an innocent person. The result was a system that did not limit this risk but instead allowed death penalty prosecutions on cases that involved only certain types of evidence–cases that were not necessarily the worst of the worst. Murder victims’ families continued to be divided and drawn through an endless process, and according to law enforcement, the death penalty was not very workable. Maryland repealed its death penalty last year.

What this bill does is remind us that we must rededicate ourselves to educating Tennesseans about why such ill-advised legislation only makes things worse.  There is simply no fixing the death penalty, and the sooner our lawmakers figure that out, the better off our state will be.

Fairly, there are numerous aspects you would like to think about medications. All discount medicaments save money, but few online drugstores offer better deals than other online drugstores. There isnвЂ™t anything you canвЂ™t order online anymore. Remedies like Deltasone ordinarily is used to treat diseases such as eye problems. Glucocorticoids naturally occurring steroids, which are easily absorbed from the gastrointestinal tract. There are varied drugs for every conditions. Cialis is a remedy prescribed to treat many illnesses. What do you already know about long term side effects of cialis? What consumers talk about how long does it take for cialis to take effect? A general sexual complaint among men is the erectile malfunction. Sexual problems mostly signal deeper problems: low libido or erectile dysfunction can be the symptom a strong health problem such as core trouble. Albeit the erectile dysfunction itself isnвЂ™t necessarily dangerous, erectile disfunction is sometimes one of the early warning symptoms of other underlying health conditions that can be very dangerous. Unfortunately nearly all over-the-counter medicines have sometimes dangerous aftereffects, from muscle aches to death. If you buy any erectile disfunction medicaments like Cialis, check with a physician that they are sure to take with your other drugs. Do not take unwanted medications. Take Cialis to your local chemist’s shop which will dispose of them for you.