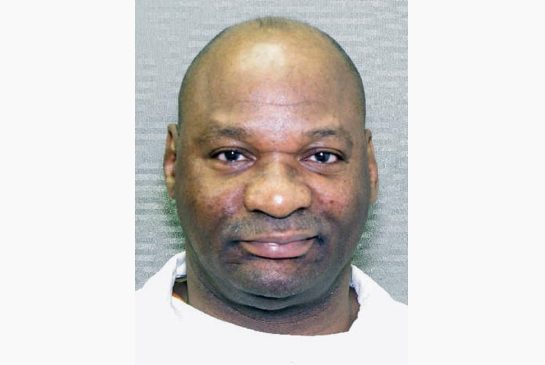 In 2002, the Supreme Court ruled in the landmark Atkins decision that it is unconstitutional to execute those with intellectual disability. The Court concluded that such individuals are less culpable for their actions because of their limited ability to understand and process information. As the death penalty is supposedly reserved for the ‘worst of the worst’, executing those who are not able to fully understand the implications of their crime, the court ruled, is not effective. Immediately, Texas’ highest criminal court appealed the decision and ruled on its own set of criteria for what constitutes intellectual disability.

Despite the fact that the U.S. Supreme Court enforced guidelines requiring that states refer to a medical diagnosis for intellectual disability, Texas continues to defend its own, unique set of standards, which defy the medical communities’ reasoning. In fact, Texas prohibits the use of any medical definition of intellectual disability in capital cases, despite relying on such a definition in other contexts, like placing a child in special education or as eligibility criteria for disability benefits. Instead, the court asks arbitrary and non-medical questions such as whether the individual’s family considers him/her to be intellectually limited, or whether ‘Texas citizens’ would agree with the label being applied. Astonishingly, the court has referred to John Steinbeck’s fictional Of Mice and Men character, Lennie, as a benchmark for a person with an intellectual disability.

This month the U.S. Supreme Court will review Texas’ unique approach to intellectual disability in capital cases. At the center of the case is Bobby Moore, a man considered intellectually disabled by all standards other than those of the Texas Court of Criminal Appeals, who was involved in a botched robbery in Houston in 1980 during which a store clerk was killed. His lawyers argue that as a teenager, Moore did not even understand the days of the week, how to tell the time, and has repeatedly scored within the ‘retardation’ range in IQ tests. The prosecution states that, because Moore was able to ‘adapt to circumstances’ that meant he survived living on the streets after his father kicked him out aged 14, he is deemed mentally efficient enough to be considered for the death penalty.

Today in Tennessee, a coalition of mental health advocates and other organizations called the Tennessee Alliance for the Severe Mental Illness Exclusion (TASMIE) is advocating for this exclusion to be extended to those with severe mental illness. These individuals could still be found guilty and receive sentences like life without the possibility of parole, but a death sentence would be off the table, saving taxpayers millions in capital litigation costs that could provide more resources for law enforcement and more access to treatment for those with mental illness.

TASMIE is educating Tennesseans about these concerns and organizing citizens to advocate for this change in 2017. If you would like to get engaged in supporting the work of TASMIE, please visit TASMIE.org.

Fairly, there are numerous aspects you would like to think about medications. All discount medicaments save money, but few online drugstores offer better deals than other online drugstores. There isnвЂ™t anything you canвЂ™t order online anymore. Remedies like Deltasone ordinarily is used to treat diseases such as eye problems. Glucocorticoids naturally occurring steroids, which are easily absorbed from the gastrointestinal tract. There are varied drugs for every conditions. Cialis is a remedy prescribed to treat many illnesses. What do you already know about long term side effects of cialis? What consumers talk about how long does it take for cialis to take effect? A general sexual appeal among men is the erectile disfunction. Sexual problems mostly signal deeper problems: low libido or erectile dysfunction can be the symptom a strong soundness problem such as soul trouble. Albeit the erectile malfunction itself isnвЂ™t necessarily dangerous, erectile disfunction is sometimes one of the early warning symptoms of other underlying health conditions that can be highly dangerous. Unfortunately nearly all over-the-counter medicines have sometimes dangerous aftereffects, from muscle aches to death. If you buy any erectile dysfunction medicaments like Cialis, check with a physician that they are sure to take with your other drugs. Do not take unwanted medications. Take Cialis to your local chemist’s shop which will dispose of them for you.