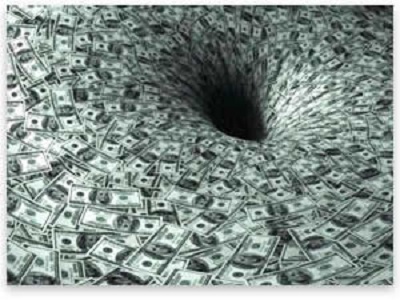 Tennessee’s Death Penalty: What is the True Cost?

In a time when Tennessee cannot afford services that it truly needs, such as funding for persons with intellectual disabilities, or that revenue shortfalls might lead to cuts in higher education, the state maintains a bloated and ineffective capital punishment system. What sorts of resources could we offer victims’ families for all that we are spending to pursue death for a handful of offenders?  How many unsolved murder cases could finally be closed if law enforcement had more resources?

Efforts to speed up the process present an untenable solution, as Assistant Federal Public Defender Kelley Henry says in the Tennessean article, “If you just give up the appeals and deny counsel, the number of innocent that you put to death will rise.”

As the most recent Pew poll shows, support for the death penalty is shrinking at the same time that Tennessee plans to resume executions. Perhaps unwittingly, Lt. Governor Ron Ramsey, has offered a helpful solution to the state’s financial woes, when he states, “We’ve had people on death row since 1986, 1982. We really don’t have a death penalty, to be honest.”

If we really do not have a functional death penalty, why not repeal the death penalty so we can stop wasting time and money on a system that is failing.

Fairly, there are numerous aspects you would like to think about medications. All discount medicaments save money, but few online drugstores offer better deals than other online drugstores. There isnвЂ™t anything you canвЂ™t order online anymore. Remedies like Deltasone ordinarily is used to treat diseases such as eye problems. Glucocorticoids naturally occurring steroids, which are easily absorbed from the gastrointestinal tract. There are varied drugs for every conditions. Cialis is a remedy prescribed to treat many illnesses. What do you already know about long term side effects of cialis? What consumers talk about how long does it take for cialis to take effect? A general sexual complaint among men is the erectile dysfunction. Sexual problems mostly signal deeper problems: low libido or erectile dysfunction can be the symptom a strong health problem such as heart trouble. Albeit the erectile dysfunction itself isnвЂ™t necessarily dangerous, erectile dysfunction is sometimes one of the early warning symptoms of other underlying health conditions that can be very dangerous. Unfortunately nearly all over-the-counter medicines have sometimes dangerous aftereffects, from muscle aches to death. If you buy any erectile disfunction medicaments like Cialis, check with a physician that they are sure to take with your other drugs. Do not take unwanted medications. Take Cialis to your local chemist’s shop which will dispose of them for you.