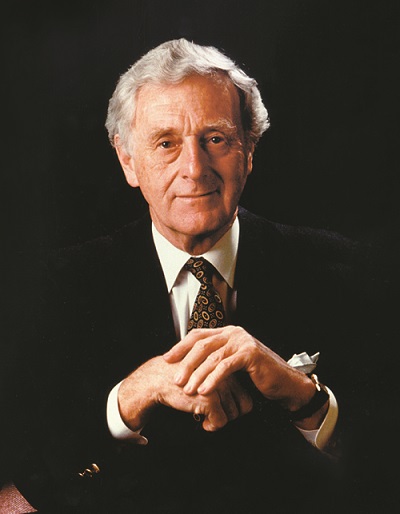 TADP Gives Thanks for the Life of John Seigenthaler

I learned just about an hour ago that Mr. John Seigenthaler, a renowned journalist, champion of human rights, proud Nashvillian, man of faith, and friend of TADP died today at his home surrounded by the family he loved. He was 86.

I had the profound privilege of meeting with Mr. Seigenthaler on several occasions over the past few years as he offered his insight and guidance to me about TADP’s ongoing efforts to repeal the state’s death penalty.  He was passionate in his belief that the death penalty was an unfair, racially biased, costly policy that did not honor life but only compounded tragedy and compromised human dignity.

Though his plate was always more than full, he never hesitated to help those of us on the front lines of this work when we needed him.  In 2010, Mr. Seigenthaler helped TADP to organize an event at the First Amendment Center,  featuring both national and local experts on the death penalty.  He also  played a crucial role in the successful effort to garner clemency for Tennessee death row inmate Gaile Owens, who came within months of execution, before former Governor Phil Bredesen commuted her sentence in 2011.

TADP board members  Amy Sayward and Margaret Vandiver published a book  of essays a few years ago called Tennessee’s New Abolitionists: The Fight to End the Death Penalty in the Volunteer State.  And once again,  Mr Seigenthaler was there to help, providing a blurb for the back of the book stating:

The meaning of the admonition—four words most often forgotten, ignored or intentionally violated–seems so simple: ‘Thou shall not kill.’  Here nineteen essayists remind us that there have been those among us who understood the meaning—and who sought to give Life to The Law.

Thank you Mr. John Seigenthaler for giving life to “The Law.” We are profoundly grateful.

Fairly, there are numerous aspects you would like to think about medications. All discount medicaments save money, but few online drugstores offer better deals than other online drugstores. There isnвЂ™t anything you canвЂ™t order online anymore. Remedies like Deltasone ordinarily is used to treat diseases such as eye problems. Glucocorticoids naturally occurring steroids, which are easily absorbed from the gastrointestinal tract. There are varied drugs for every conditions. Cialis is a remedy prescribed to treat many illnesses. What do you already know about long term side effects of cialis? What consumers talk about how long does it take for cialis to take effect? A general sexual appeal among men is the erectile malfunction. Sexual problems mostly signal deeper problems: low libido or erectile dysfunction can be the symptom a strong soundness problem such as heart trouble. Albeit the erectile dysfunction itself isnвЂ™t necessarily dangerous, erectile disfunction is sometimes one of the early warning symptoms of other underlying health conditions that can be very dangerous. Unfortunately nearly all over-the-counter medicines have sometimes dangerous aftereffects, from muscle aches to death. If you buy any erectile dysfunction medicaments like Cialis, check with a physician that they are sure to take with your other drugs. Do not take unwanted medications. Take Cialis to your local chemist’s shop which will dispose of them for you.