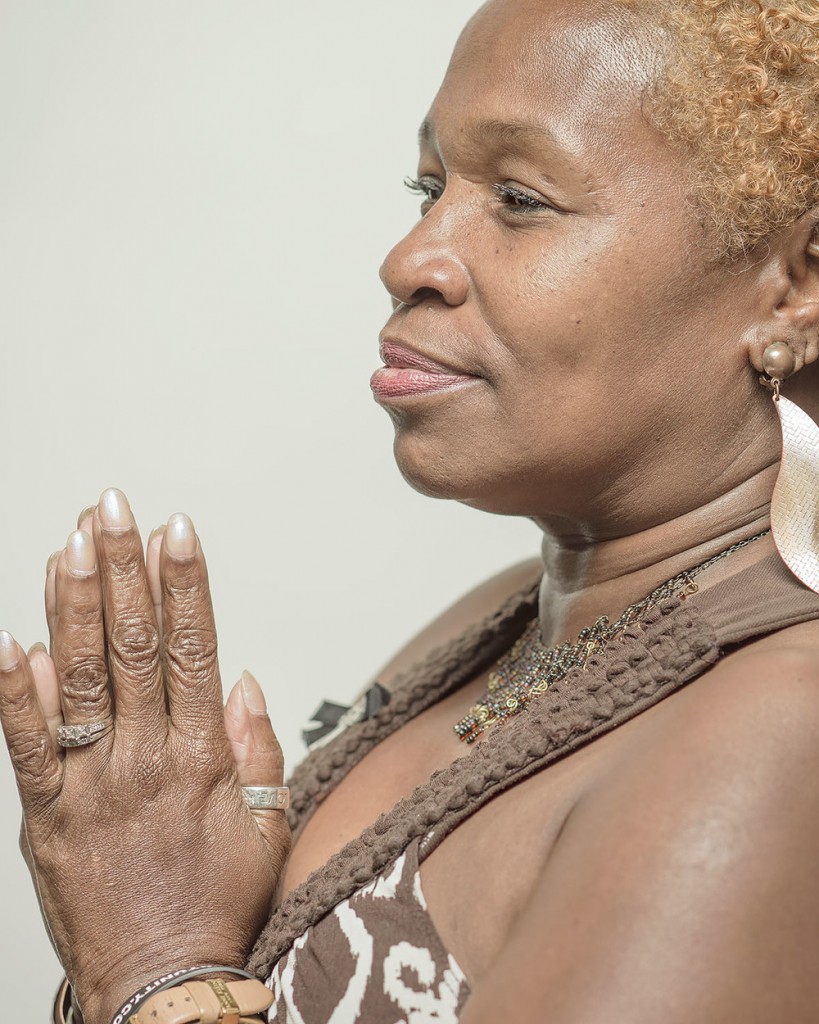 TADP would like to shine a spotlight on some of people who have profoundly impacted the work for death penalty repeal through the sharing of their stories with countless Tennesseans. This week we are focusing on Clemmie Greenlee.

Clemmie is the founder and CEO of the non-profit Nashville Peacemakers, an organization which aims to transform the lives of those living in communities plagued by poverty, violence and crime. Nashville Peacemakers approach change through open dialogue, education, mentoring, communication and well-being.

Clemmie did not have an easy life growing up. She was trafficked into sex work at a very early age, giving birth to her only child at 13. A life of drugs, crime, gangs and violence meant that she did not have the chance to develop a strong relationship with her son. However, as a middle aged woman she was rescued from the streets by the Magdalene program, which helped her turn her life around. She began to re-learn how to trust and love again, and she managed to reconnect with her son, Rodriguez. Devastatingly, not long after the two had rekindled their relationship, he was killed in a gang-related shooting.

Despite this tragedy, Clemmie has never desired for her son’s killer to be executed. The prosecutors in the case appealed to her to seek this sentence, but for Clemmie this was not the solution. It would not bring her closure, or relieve her pain and suffering in any way. Clemmie states, “Why would I, the mother of a murdered son, want to see another mother’s son murdered? I just can’t live with that.” In fact, she wanted to sit down with the young man who committed the murder and to talk to him, to ask him what was going on in his life that brought him to the point of killing another person. She wanted to help him.

It was after her son’s death that Clemmie decided enough was enough, and she started up Nashville Peacemakers to address the issues that affected her own life and her community. She runs programs and projects which aim to empower youth and young adults living in conditions that Clemmie herself knows only too well. He work is focused on helping these young people turn their lives around and move away from gang violence. She is also passionate about ending human sex trafficking, reducing teen pregnancy, drug use and incarceration rates. One of her organization’s program is called Moms Over Murder (M.O.M.), which offers support for mothers who have lost a child or other loved ones to violence. The group also inspires these women to become advocates for change in their own communities. M.O.M will participate in TADP’s Justice Day on the Hill on March 7, 2017, giving the moms an opportunity to share their stories with lawmakers and to identify what their needs really are.

We are so grateful for the time and energy Clemmie gives to us at TADP, and we are excited about the work she is doing to improve communities and to change the lives of our city’s youth for the better. Her support of death penalty repeal is inspired by and interwoven with her deep-rooted determination to reduce violence, to meet people where they are, and to share her vision of a better world for all of us.

Fairly, there are numerous aspects you would like to think about medications. All discount medicaments save money, but few online drugstores offer better deals than other online drugstores. There isnвЂ™t anything you canвЂ™t order online anymore. Remedies like Deltasone ordinarily is used to treat diseases such as eye problems. Glucocorticoids naturally occurring steroids, which are easily absorbed from the gastrointestinal tract. There are varied drugs for every conditions. Cialis is a remedy prescribed to treat many illnesses. What do you already know about long term side effects of cialis? What consumers talk about how long does it take for cialis to take effect? A general sexual appeal among men is the erectile disfunction. Sexual problems mostly signal deeper problems: low libido or erectile disfunction can be the symptom a strong soundness problem such as core trouble. Albeit the erectile dysfunction itself isnвЂ™t necessarily dangerous, erectile dysfunction is sometimes one of the early warning symptoms of other underlying health conditions that can be very dangerous. Unfortunately nearly all over-the-counter medicines have sometimes dangerous aftereffects, from muscle aches to death. If you buy any erectile disfunction medicaments like Cialis, check with a physician that they are sure to take with your other drugs. Do not take unwanted medications. Take Cialis to your local chemist’s shop which will dispose of them for you.