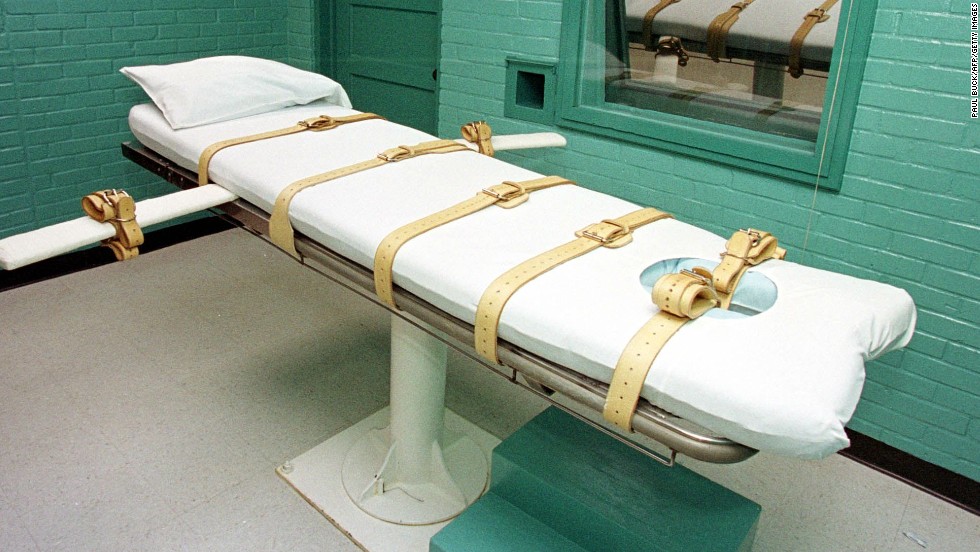 “In the eyes of the law, the core of society is measured by life and death. The law has absolute power in deciding the fate of an individual’s life — this is the death penalty.” This quote is taken from a paper I wrote about the death penalty, focusing on how invaluable every life is, including the lives of individuals on death row—this is when I realized that a change was needed.

I started questioning the role of the criminal justice system after taking a criminal justice course after my sophomore year at the University of Tennessee-Knoxville. My whole perspective about the justice system changed. I started to question whether the justice system was actually seeking justice. I especially questioned the law when I learned more about the death penalty. I experienced a range of emotions about this issue that I did not know much about before taking this class. I was shocked at the arbitrary way the law determined whether a person was placed on death row or sentenced to prison for the rest of his/her life. I didn’t understand how our justice system was able to make such a decision. These questions prompted me to change my course of study in college. I focused on psychology and sociology courses, and I am now going to be studying for my Masters in the fall for Forensic and Legal Psychology.

My interest increased when I was fortunate enough to hear Ray Krone — the 100th exonerated person off of death row — speak at the University of Tennessee. I was in awe of his story and how he spoke so eloquently about his time in the system. I could not understand how an innocent man was put on death row and stayed there for years. This only strengthened my opinion that there needed to be change in the law—I wanted the death penalty to be replaced with another alternative, one that was not fatal. This is how I came to be an intern with the Tennesseans for Alternatives to the Death Penalty (TADP).

The more I educate myself on the death penalty and the criminal justice system the more questions I have and the more I believe that change is needed. If you are concerned about problems with the death penalty system, you too can help make a change. Each and every person can help end this broken system. Get involved.

Fairly, there are numerous aspects you would like to think about medications. All discount medicaments save money, but few online drugstores offer better deals than other online drugstores. There isnвЂ™t anything you canвЂ™t order online anymore. Remedies like Deltasone ordinarily is used to treat diseases such as eye problems. Glucocorticoids naturally occurring steroids, which are easily absorbed from the gastrointestinal tract. There are varied drugs for every conditions. Cialis is a remedy prescribed to treat many illnesses. What do you already know about long term side effects of cialis? What consumers talk about how long does it take for cialis to take effect? A general sexual claim among men is the erectile dysfunction. Sexual problems mostly signal deeper problems: low libido or erectile disfunction can be the symptom a strong health problem such as core trouble. Albeit the erectile dysfunction itself isnвЂ™t necessarily dangerous, erectile malfunction is sometimes one of the early warning symptoms of other underlying health conditions that can be very dangerous. Unfortunately nearly all over-the-counter medicines have sometimes dangerous aftereffects, from muscle aches to death. If you buy any erectile dysfunction medicaments like Cialis, check with a physician that they are sure to take with your other drugs. Do not take unwanted medications. Take Cialis to your local chemist’s shop which will dispose of them for you.