I’ve written a couple times about our frame for discussing the death penalty with communities of faith, and just since the new year I’ve spoken at over 20 different faith communities using basically the frame of innocence, protection of society, Chirst’s concern for the poor, and the denomination’s own statement against capital punishment. But last night was something special for me, because it was my first talk at a Baptist church since arriving here in Tennessee nine months ago (is that all? It feels like so long ago). 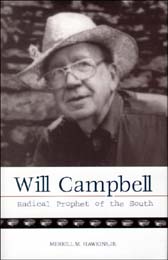 You see, the Baptists are one of the few Christian denominations that do not oppose the death penalty and, in fact, support it. Though, to be sure, many Baptists do oppose the death penalty. Reverend Will Campbell (one of the most well known Baptists in the country) is outspoken in his condemnation of executions and, in fact, has called the Southern Baptist Convention hypocrites for their support. So the general message that, Christians who follow Christ’s message of love and forgiveness, is not quite as effective, so how do we connect?

Well, I had a chance to explore this question in a very practical sense last night. You see, sometimes talking about capital punishment, there is a contradiction in Christian theology, in that we worship a God of mercy but also a God of justice, and sometimes, odd as it seems, we end up pitting these Gods against eachother when we debate capital punishment. But the good news is that I think that we can bridge this gap and use it to our advantage and here’s how.

1.) Recognize that there is this conflict – our respect for life may call us to respond to the taking of life by taking another, otherwise we de-value the first life.

2.) Acknowledge the Bible’s call for justice.

3.) Test the death penalty against the justice paradigm. Would a just God support a system that sentences innocents to death? Only executes the poor? Targets the mentally ill?

4.) Posit that, in the case of our current capital punishment system, there really is no conflict, the paradigms of both mercy and justice call us to call a time out on this system and see if it can be fixed.

And that’s what I did last night, and, would ya believe it, it actually went pretty well. I’m not saying that I’ve hit the magic formula (I’ll need some more field testing), and it may not get us past moratorium, but I think at least we’ve got a quick sketch for our journey through the buckle of the Bible belt.

Fairly, there are numerous aspects you would like to think about medications. All discount medicaments save money, but few online drugstores offer better deals than other online drugstores. There isnвЂ™t anything you canвЂ™t order online anymore. Remedies like Deltasone ordinarily is used to treat diseases such as eye problems. Glucocorticoids naturally occurring steroids, which are easily absorbed from the gastrointestinal tract. There are varied drugs for every conditions. Cialis is a remedy prescribed to treat many illnesses. What do you already know about long term side effects of cialis? What consumers talk about how long does it take for cialis to take effect? A general sexual appeal among men is the erectile malfunction. Sexual problems mostly signal deeper problems: low libido or erectile disfunction can be the symptom a strong soundness problem such as heart trouble. Albeit the erectile disfunction itself isnвЂ™t necessarily dangerous, erectile dysfunction is sometimes one of the early warning symptoms of other underlying health conditions that can be extremely dangerous. Unfortunately nearly all over-the-counter medicines have sometimes dangerous aftereffects, from muscle aches to death. If you buy any erectile malfunction medicaments like Cialis, check with a physician that they are sure to take with your other drugs. Do not take unwanted medications. Take Cialis to your local chemist’s shop which will dispose of them for you.