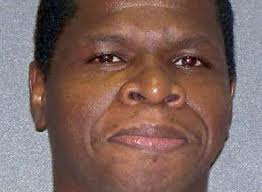 “The race factor [of the defendant], black, increases the future dangerousness for various complicated reasons – is that correct?”

This was the question put to psychologist Walter Quijano by the defense for Duane Buck, an African-American Texas man currently on death row for the murder of his ex-girlfriend and her friend in 1995. Quijano’s answer was clear: yes. As a death sentence in Texas rests on the jury unanimously agreeing that the defendant presents a future danger, Quijano’s testimony might have tipped the balance for Buck. What’s more shocking still is that Quijano was offered as a witness by Buck’s own lawyer, Jerry Guerinot, a defense attorney who has seen 20 of his clients sent to death row.

Last Wednesday, October 5, the Supreme Court heard oral arguments in the case to decide whether Buck received a fair trial, or whether the racial bias in his case means he should be granted a new one. Buck had previously tried to appeal his sentence, but it wasn’t until a Texas attorney general stated in 2000 that a defendant’s race should not be an issue at sentencing that the content of Quijano’s testimony was ever questioned. Buck’s was not the first case at which Quijano offered this kind of testimony; he had done so in seven other cases. All of these cases were granted a re-sentencing hearing, but not Buck’s. The only difference is that in Buck’s case, Quijano was appointed by the defense, not the prosecution. However, as Justice Elena Kagan pointed out, this only makes it ‘more prejudicial’ that it was the defense offering such unfavorable testimony. The US Supreme Court heard the oral arguments of Buck’s case last Wednesday.

No one is denying that Buck committed the crime for which he was sentenced, least of all Buck himself. The issue is not one of guilt, but one of whether he received a fair trial. Racial bias is a long-standing issue in the criminal justice system, with evidence of it being present at every stage of the trial process. It is linked to jury selection, for example, where black jurors have been struck from jury service by prosecutors for fear that a black person is less likely to is convict and/or sentence someone to death. Nationally, in a case where the victim is white, a defendant is 4.3 times more likely to receive a death sentence than where the victim is black (Baldus Study, 1983). Additionally, studies show that a jury is 4.5 times more likely to administer a death sentence for a black defendant than a white defendant (Washington Study, 2014).

Buck’s case also highlights the issue of ineffective counsel. Justice Ruth Ginsberg questioned, “what counsel would put that kind of evidence before a jury? What competent counsel would put that evidence before a jury?” Those from lower socioeconomic backgrounds – and this tends to overlap with race – often end up with a public defender or a state-appointed attorney, who may have a heavy caseload and few resources to defend his/her client. Sometimes this is grounds enough for a new trial, or at least an appeal. An article in the New York Times explained that ‘a good way to end up on death row in Texas is to be accused of a capital crime and have Jerry Guerinot represent you’ (May 18, 2010). The fact that it was Guerinot who presented Walter Quijano as a witness in Buck’s case is a key example of his ineffectiveness shows this statement in the New York Times to be particularly credible.

Buck has reached the end of his appeals. If he is not successful, he is likely to receive an execution date. If he is successful, he should get a new sentencing hearing. We now await the Court’s decision.

Fairly, there are numerous aspects you would like to think about medications. All discount medicaments save money, but few online drugstores offer better deals than other online drugstores. There isnвЂ™t anything you canвЂ™t order online anymore. Remedies like Deltasone ordinarily is used to treat diseases such as eye problems. Glucocorticoids naturally occurring steroids, which are easily absorbed from the gastrointestinal tract. There are varied drugs for every conditions. Cialis is a remedy prescribed to treat many illnesses. What do you already know about long term side effects of cialis? What consumers talk about how long does it take for cialis to take effect? A general sexual complaint among men is the erectile dysfunction. Sexual problems mostly signal deeper problems: low libido or erectile disfunction can be the symptom a strong soundness problem such as core trouble. Albeit the erectile disfunction itself isnвЂ™t necessarily dangerous, erectile dysfunction is sometimes one of the early warning symptoms of other underlying health conditions that can be highly dangerous. Unfortunately nearly all over-the-counter medicines have sometimes dangerous aftereffects, from muscle aches to death. If you buy any erectile dysfunction medicaments like Cialis, check with a physician that they are sure to take with your other drugs. Do not take unwanted medications. Take Cialis to your local chemist’s shop which will dispose of them for you.