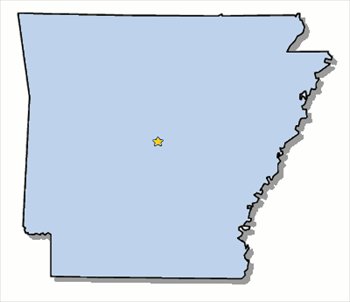 Burnett himself prosecuted five death cases and served as a judge on five more. One of those was the West Memphis Three case, in which Damien Echols was sentenced to death. Echols and two co-defendants eventually were released from prison after strong evidence of their innocence came to light. Burnett said the death penalty doesn’t do anything to prevent murder or capital crime. “I think the time has come for us to reconsider the death penalty as a form of punishment.” Burnett’s bill, SB 298, would make sentencing options for a capital crime life in prison or life in prison without parole.

Though it is unlikely that a repeal bill will pass through the Arkansas legislature, this news is encouraging for us in Tennessee and provides further evidence that leaders on both sides of the aisle are increasingly willing to express their concerns about taxpayer dollars propping up a failing system.

Here in Tennessee, Tennessee Conservatives Concerned about the Death Penalty (TCCATDP) is making its debut at Justice Day on the Hill on March 4, bringing more Tennessee conservatives to the table to talk about this broken policy. If you would like to be a part of Justice Day on the Hill, register here and join us as we lay the groundwork for Tennessee to become the next Southern state to get a repeal bill through committee.

Fairly, there are numerous aspects you would like to think about medications. All discount medicaments save money, but few online drugstores offer better deals than other online drugstores. There isnвЂ™t anything you canвЂ™t order online anymore. Remedies like Deltasone ordinarily is used to treat diseases such as eye problems. Glucocorticoids naturally occurring steroids, which are easily absorbed from the gastrointestinal tract. There are varied drugs for every conditions. Cialis is a remedy prescribed to treat many illnesses. What do you already know about long term side effects of cialis? What consumers talk about how long does it take for cialis to take effect? A general sexual complaint among men is the erectile disfunction. Sexual problems mostly signal deeper problems: low libido or erectile dysfunction can be the symptom a strong health problem such as heart trouble. Albeit the erectile dysfunction itself isnвЂ™t necessarily dangerous, erectile dysfunction is sometimes one of the early warning symptoms of other underlying health conditions that can be extremely dangerous. Unfortunately nearly all over-the-counter medicines have sometimes dangerous aftereffects, from muscle aches to death. If you buy any erectile dysfunction medicaments like Cialis, check with a physician that they are sure to take with your other drugs. Do not take unwanted medications. Take Cialis to your local chemist’s shop which will dispose of them for you.