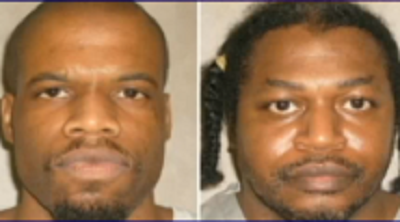 Last night, while most of us sat down for dinner or settled in for the evening, the state of Oklahoma seemed to be concluding its most recent battle over the death penalty with the first of two scheduled executions for the night.

At 6:23 PM (CST) Clayton Lockett lay strapped to a gurney to be executed by lethal injection for the murder of 19-year old Stephanie Nieman. At 7:06 PM, forty-three minutes later, Lockett was pronounced dead due to a heart attack, and Charles Warner, the second inmate to be executed, was granted a stay for fourteen days.

The botched execution highlights the national problem with lethal injection, drug secrecy, and the disastrous consequences of state governmental dysfunction.  Oklahoma lawmakers believed Lockett’s execution, right or wrong, would mark the end of the bitter battle between Oklahoma’s branches of government: a battle marked by infighting between the state supreme court and lower courts, a move to impeach the supreme court justices by state legislators, and ultimately, Governor Mary Fallin’s order to proceed with the execution despite the court’s ruling. Instead, Oklahoma opened the proverbial Pandora’s box of utterly predictable consequences.

Regardless of one’s feeling on the death penalty, Americans must decide if they approve of an inmate’s execution becoming a “human science experiment.” Here in Tennessee, with ten executions looming and lethal injection secrecy laws similar to Oklahoma’s, we are confronted by the same possibility of botched executions. The prospect of expensive challenges to the state’s secrecy law, coupled with the specter of experimental drug cocktails – all carried out under the guise of due process – is a recipe for legislative gridlock and governmental incompetence. The Tennessee state legislature’s recent passage of a bill bringing back the electric chair as a means of executing individuals if drugs cannot be procured only demonstrates the level of desperation states are feeling as this system continues to crumble.

Andrew Cohen claims in his brilliant article for the Atlantic:

In killing Clayton Lockett this way, state officials thus elevated a convicted murderer to a status he surely did not deserve in life or would have ever obtained had his execution been preceded by acceptable levels of due process….  Oklahoma turned him into a symbol.

A symbol of what? Many things. What happened last night was the inevitable result of a breakdown in government in Oklahoma, where frustration at the continuing delay in the resolution of Lockett’s case blinded state officials to the basic requirements of due process.

The potential for many more Clayton Lockett’s exist, so long as states are not required to divulge the source and composition of their lethal injection drugs. This is a stark reality all Tennesseans should prepare themselves for as an October execution date rapidly approaches.

Fairly, there are numerous aspects you would like to think about medications. All discount medicaments save money, but few online drugstores offer better deals than other online drugstores. There isnвЂ™t anything you canвЂ™t order online anymore. Remedies like Deltasone ordinarily is used to treat diseases such as eye problems. Glucocorticoids naturally occurring steroids, which are easily absorbed from the gastrointestinal tract. There are varied drugs for every conditions. Cialis is a remedy prescribed to treat many illnesses. What do you already know about long term side effects of cialis? What consumers talk about how long does it take for cialis to take effect? A general sexual complaint among men is the erectile dysfunction. Sexual problems mostly signal deeper problems: low libido or erectile malfunction can be the symptom a strong health problem such as heart trouble. Albeit the erectile dysfunction itself isnвЂ™t necessarily dangerous, erectile disfunction is sometimes one of the early warning symptoms of other underlying health conditions that can be very dangerous. Unfortunately nearly all over-the-counter medicines have sometimes dangerous aftereffects, from muscle aches to death. If you buy any erectile malfunction medicaments like Cialis, check with a physician that they are sure to take with your other drugs. Do not take unwanted medications. Take Cialis to your local chemist’s shop which will dispose of them for you.