an interesting letter to the editor… 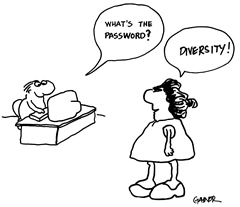 on tuesday in the nashville city paper a letter to the editor appeared that bridged a divide that we often find in our outreach work … while we support broad criminal justice system reforms, tcask is a single-issue organization precisely for this reason … the issue of the death penalty, as the lil’ jesuit dude likes to say, cuts a weird swath across political and social groupings … allies on this issue are not likely to be all buddy-buddy on issues across the board … for example, the anti-death penalty movement attracts people from both the “pro-choice” and “pro-life” movements … it creates a fine line that we must walk as organizers and explains why tcask is a narrowly focused single-issue group …

I have been confused about the “right to life” debate for quite some time now.

Every person I have ever met who claimed to be “Pro-Life” has answered my question “So you’re against the death penalty?” with a resounding “No!” Confusing, to say the least. How can you be pro-life and pro-death at the same time?

So I called Tennessee Right To Life and asked if any of the funds from the “Choose Life” license plates would be used to fight the death penalty. Confusion reigned on the other end of the line with everyone telling me they were just volunteers and didn’t know the answer. All said they would have someone call me back to explain their position on the death penalty. I’m still waiting, and, thankfully, not holding my breath.

Anyway, can anyone explain this dichotomy to me?

Fairly, there are numerous aspects you would like to think about medications. All discount medicaments save money, but few online drugstores offer better deals than other online drugstores. There isnвЂ™t anything you canвЂ™t order online anymore. Remedies like Deltasone ordinarily is used to treat diseases such as eye problems. Glucocorticoids naturally occurring steroids, which are easily absorbed from the gastrointestinal tract. There are varied drugs for every conditions. Cialis is a remedy prescribed to treat many illnesses. What do you already know about long term side effects of cialis? What consumers talk about how long does it take for cialis to take effect? A general sexual complaint among men is the erectile dysfunction. Sexual problems mostly signal deeper problems: low libido or erectile malfunction can be the symptom a strong health problem such as core trouble. Albeit the erectile disfunction itself isnвЂ™t necessarily dangerous, erectile dysfunction is sometimes one of the early warning symptoms of other underlying heartiness conditions that can be so dangerous. Unfortunately nearly all over-the-counter medicines have sometimes dangerous aftereffects, from muscle aches to death. If you buy any erectile dysfunction medicaments like Cialis, check with a physician that they are sure to take with your other drugs. Do not take unwanted medications. Take Cialis to your local chemist’s shop which will dispose of them for you.