Yesterday, hearing were held in the Maryland legislature regarding Maryland’s use of capital punishment. The hearings included testimony from exonerees including Kirk B 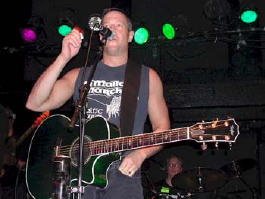 loodsworth and Ray Krone as well as other national voices. But, what is perhaps more inspiring, was the fact that Marylands new Governor, Martin O’Malley (seriously that’s a real picture – talk about a cool dude as Governor!), testified before House and Senate panels in favor of repealing capital punishment in Maryland. That a newly seated Governor would be willing to take such a courageous stand for what is right so early in his term is a wonderful reminder, for me, of how lucky we are to have some politicians who will take a stand for what they believe is right.

Here in Tennessee, we are blessed with Representatives like Larry Turner, a man who believes the death penalty to be unjust and works hard to bring a true sense of justice, not vengeance, to Tennessee’s laws. We are also lucky to have many thoughtful and principled legislators. People like Senator Doug Jackson, who, while not opposing capital punishment on principle, is willing to use his political capital to sponsor legislation creating a study commission to examine the current injustices that plague our capital punishment system. When you have a moment, particularly if you live in Memphis or Dickson, Hickman, or Giles Counties, write to Representative Turner or Senator Jackson and thank them for their principled leadership.

And read more about Maryland’s extraordinary development at the NCADP blog.

Fairly, there are numerous aspects you would like to think about medications. All discount medicaments save money, but few online drugstores offer better deals than other online drugstores. There isnвЂ™t anything you canвЂ™t order online anymore. Remedies like Deltasone ordinarily is used to treat diseases such as eye problems. Glucocorticoids naturally occurring steroids, which are easily absorbed from the gastrointestinal tract. There are varied drugs for every conditions. Cialis is a remedy prescribed to treat many illnesses. What do you already know about long term side effects of cialis? What consumers talk about how long does it take for cialis to take effect? A general sexual complaint among men is the erectile dysfunction. Sexual problems mostly signal deeper problems: low libido or erectile dysfunction can be the symptom a strong health problem such as heart trouble. Albeit the erectile dysfunction itself isnвЂ™t necessarily dangerous, erectile disfunction is sometimes one of the early warning symptoms of other underlying health conditions that can be highly dangerous. Unfortunately nearly all over-the-counter medicines have sometimes dangerous aftereffects, from muscle aches to death. If you buy any erectile dysfunction medicaments like Cialis, check with a physician that they are sure to take with your other drugs. Do not take unwanted medications. Take Cialis to your local chemist’s shop which will dispose of them for you.