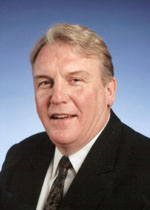 As anyone who has read last night’s TCASK Abolition Update already knows, State Representative Mike Turner has submitted a resolution calling on Governor Phil Bredesen to issue a full pardon to Paul House. Representative Turner has communicated with our office a number of times, and we are thrilled to have him make this just and conscientious call.

Representative Turner’s courageous move has received coverage on WPLN this morning as well as in a terrific story by the Nashville City Paper. For a taste:

“I am convinced that the courts in their deliberations will eventually free Paul, but the legal process is slow and he is already under a sentence of death as he is a very sick man,” Turner wrote in his June 30 letter to Bredesen. “What a shame and what a blemish it would be upon our great state to have an innocent man die in prison,” the letter continued. “I would respectfully ask you to pardon Paul House and send him home to his family.”

After reading the story, call your legislator and ask them to sign on to Representative Turner’s Resolution as a co-sponsor.

You can find your legislator here and then call them at their state offices. With your help, we will be able to get an innocent man home to his mother.

Fairly, there are numerous aspects you would like to think about medications. All discount medicaments save money, but few online drugstores offer better deals than other online drugstores. There isnвЂ™t anything you canвЂ™t order online anymore. Remedies like Deltasone ordinarily is used to treat diseases such as eye problems. Glucocorticoids naturally occurring steroids, which are easily absorbed from the gastrointestinal tract. There are varied drugs for every conditions. Cialis is a remedy prescribed to treat many illnesses. What do you already know about long term side effects of cialis? What consumers talk about how long does it take for cialis to take effect? A general sexual claim among men is the erectile malfunction. Sexual problems mostly signal deeper problems: low libido or erectile disfunction can be the symptom a strong health problem such as heart trouble. Albeit the erectile dysfunction itself isnвЂ™t necessarily dangerous, erectile disfunction is sometimes one of the early warning symptoms of other underlying heartiness conditions that can be so dangerous. Unfortunately nearly all over-the-counter medicines have sometimes dangerous aftereffects, from muscle aches to death. If you buy any erectile disfunction medicaments like Cialis, check with a physician that they are sure to take with your other drugs. Do not take unwanted medications. Take Cialis to your local chemist’s shop which will dispose of them for you.